ZTE has launched a new smartphone under its Blade series dubbed as the Blade A2 in China. The smartphone will be available to buy in China starting from June 15 at a price tag of CNY 699 (approximately Rs. 7,000).

It is the successor of the ZTE Blade A1, comes with a lot of improvements such as an all-metal body and 4G VoLTE support. The device supports a 360-degree fingerprint scanner that the company claims that it can unlock the device in just 0.3 seconds. The handset comes with 4G LTE and supports voLTE (voice over LTE) with HD voice call compatibility. The company touted that the smartphone can support the download speeds of up to 300Mbps on 4G networks. 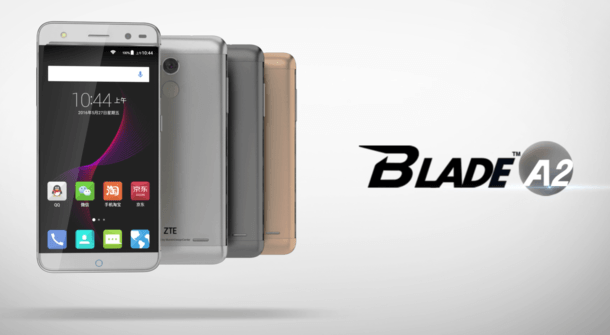 In terms of other specifications, the ZTE Blade A2 features a 5-inch HD IPS display having a resolution of 720*1280 pixels. It is fueled by an octa-core MediaTek MT6750 clocked at 1.5GHz coupled with 2GB of RAM. For the storage, the smartphone bears a 16GB of inbuilt storage, that can be further expanded up to 128GB via microSD card slot expansion.

On the software front, the newly launched phone by ZTE runs on Android 5.1 Lollipop operating system out of the box. For the photography, it houses a 13-megapixel camera at the rear end with LED flash and PDAF along with a 5-megapixel front facing camera. It is also accompanied with LED flashlight.