The interface of Blackberry Assistant will show a microphone in a circle. Simply tapping on the icon of Microphone when connected to the device, and start giving commands through voice messages, which will reminiscent to Google Now.

Blackberry Assistant will perform number of functions that can help users to manage simple tasks on their devices by setting calendar reminders, searching for "what’s trending on Twitter," searching emails and also compose and send emails through voice command. The more you use it, the more it accommodate to you. You will ask a query with your voice and it will recognize your request and sends response to you. If you are using other smartphone based personal assistant then you will be surprised after using this voice based virtual assistant that how it is recognizing your request. 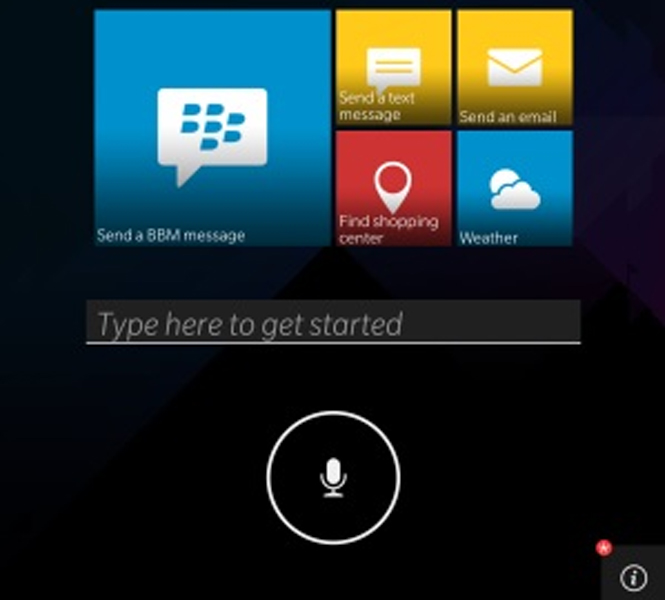 If a person is driving and he asks to the Blackberry Assistant to read his latest email messages, it will begin to read. He can also ask to mark unread without entering in the Blackberry Hub. If you lost the power and needs to find your important documents, then you can ask the device to turn on the flashlight and it will turn on the flashlight app. The device will be going better with time, as a user will utilize its benefits. The company has not confessed about the launch of Blackberry 10.3 OS, which will introduce with the Blackberry Assistant.