Google Daydream View virtual reality headset is now available in India, and it has been listed on the Flipkart with a price tag of Rs. 6,499. The VR headset is has been launched in India with some supporting Android apps - the Daydream app and the YouTube VR app, which are now available for download via Google Play. It must be noted that Google had first made this VR headset available in the US, UK, Canada, Australia, and Germany, in November 2016. 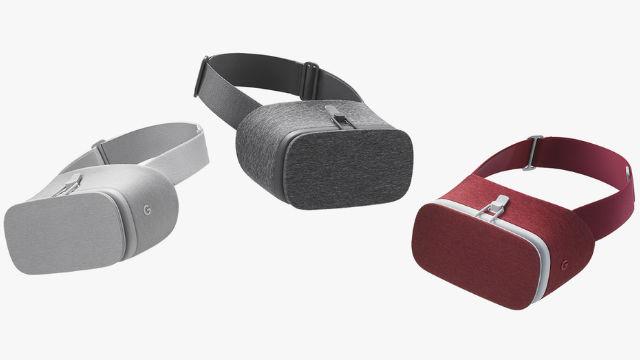 The Google VR headset is available on Flipkart with 5 per cent discount for Axis Bank Buzz Credit Cards and additionally Rs. 300 cash back for payment via PhonePe. The company is also offering EMI options along with 1 year of warranty. Apart from these, the Google is giving Google Chromecast for free to the first 30 buyers and Google Play Store Credit worth Rs. 500 to the first 50 buyers.

It worth mentioning that the Daydream View VR headset functions along the lines of Samsung's Gear VR and one need Daydream-supported smartphones for the headset to work. As of now, Daydream VR works only with the Google Pixel, Pixel XL smartphones, Moto Z and, Moto Z Force. The company has also announced that this VR headset will soon have support for the Samsung Galaxy S8 and Galaxy S8+. 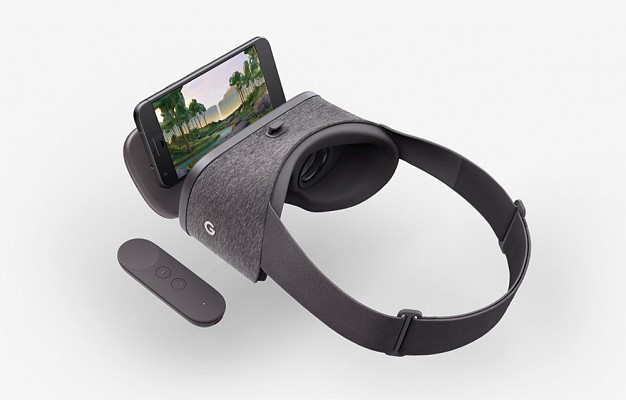 The Daydream View VR headset is made up of a lightweight fabric for a comfortable feel. The controller lets you interact with the virtual world, letting you take various actions with help of motion and gesture sensors and physical buttons. The Daydream app that houses a collection of apps and games for Daydream-ready phones. The YouTube VR app will let you watch 3D or standard 360-degree videos with the Daydream View headset. The Street View app lets you tour over 150 popular real-world places, while Play Movies offers some VR-ready movies. Third-party developers too can provide Daydream-ready content via their apps.

"Daydream View promises users a mesmerizing experience. Swim with a pod of dolphins, stand at the edge of a volcano and even visit Pluto with Daydream View. Users can teleport from virtually anywhere to pretty much everywhere. Our aim is to make the VR experience mobile so that customers can easily carry it anywhere with them. We at Google are also working with developers, smartphone companies, and content creators to make VR accessible to all," said Clay Bavor, Vice President of Virtual Reality and Augmented Reality at Google.

India’s contribution to global smartphone market might fall back to 9% (same as 2016)
Views: 7027

Indian Automobile Sector: Loss of Around ₹ 15,000 Crore due to Coronavirus Outbreak
Views: 15611