Let's talk about the features and specifications of newly launching 4K Smart TV model of Intex- it is powered by a 1.1GHz quad-core processor and coupled with 2.5GB RAM and 8GB ROM. It runs on Android 5.1 Lollipop. It equipped with a super slim design and Ultra High Definition (UHD) Panel of 109cm (3840 x 2160 pixels display resolution. The company has launched New Smart TV Model at an official event on Tuesday and hit the Indian market share.

Nidhi Markanday, Director and Business Head of Intex Technologies, said in a statement, ” With this new model, Intex has enhanced its 'smart LED TV' portfolio to cater out tech-savvy consumers requirements.”

The inbuilt customised App feature of Smart TV allow users to install applications as per their choice. It is already uploaded with 200 favourite apps such as Facebook, Netflix, Twitter and you-tube. 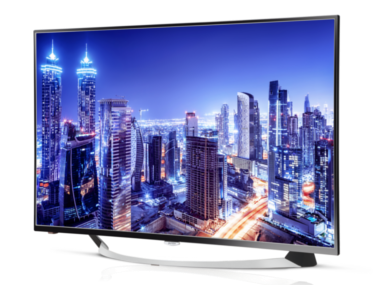 Newly launched Smart TV has been equipped with Miracast feature, which is used for wireless connections (wi-fi) from electronic devices such as Laptops, Tablets and Smartphones for displaying content on Ultra High Definition screen. It is also featured with 'Eye Safe T-Matrix technology' removes time lag and stabilises the picture enabling smooth viewing.

In terms of connectivity – it includes USB ports, inbuilt Bluetooth for wireless audio connectivity and HDMI.