Indian Two-Wheeler Industry, is a vast market for the manufacturers, no matters domestic or international. It experiences something new every day, still, it keeps on going. But a few months earlier, at the FY 2017-18 beginning, it has observed a drastic change of emission norms transition from older BS-III to stringent BS-IV emission norms, which has completely shattered the Indian biking Industry. Before moving ahead to describe effects of changed emission norms. Let me give you a brief introduction about the BS-III and BS-IV emission regulations.

BS-stands for Bharat Stage that is a standard set by the Central Pollution Control Board, India to minimize the rapidly growing pollution caused by the internal combustion engine. While the increasing numbers define more strict regulations for the air pollutant emission.

Recommended: What is BS III? And Why Supreme Court Banned Non-BS-IV Compliant Two-Wheelers in India?

According to the stats, the Indian two-wheelers spits out around 4 to 5 times more Nitrogen Oxide(NOx) than a petrol engine car. And, with the upgraded BS-IV emission norms, the Indian government has restricted Nox emission for the four wheelers to 0.08 gm/km, while for the two-wheeler pollutant particulates emission are capped to 0.39gm/km. 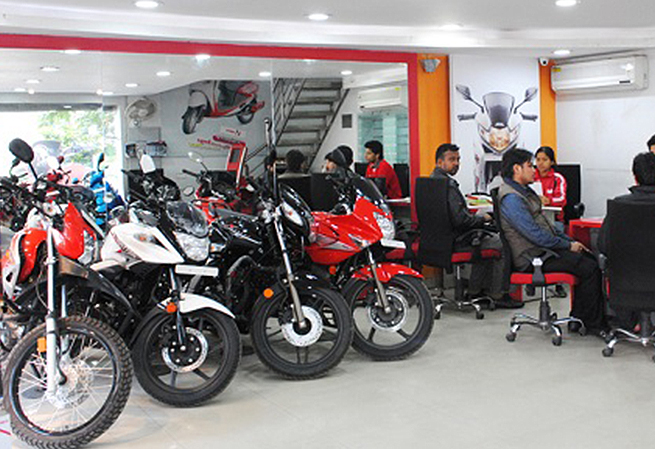 Back in time, just two days before the BS-IV emission norms were all set to hit the Indian automobile industry. The two-wheeler dealerships were busy to clear their outstanding stock, anyhow and at any cost. The brands offered huge discounts of up to Rs 22,000 on all their models. The country was in commotion to get register the BS-III compliant products before 31 March to get the product at the discounted rate. In this hubbub, various manufacturers got succeeded to run out their outstanding stock while others were having a huge amount of two-wheelers in their inventory, owing to which the dealers have to face a huge loss.

After the BS-IV implementation, the manufacturers started rolling out their updated models underpinned with the new BS-IV compliant engine, and furnished with an Automatic Headlamp On feature and with a number of cosmetic updates. The refreshed product lineup hit the market with an increased price tag. Before the BS-IV implementation, the speculations were with the increased price tag, the brands will see a drop in sales. While the result was completely different. The renowned manufacturers witnessing the hike in sales and the industry keeps on growing.