One of the most famed two wheeler manufacturer, Ducati has planned to introduce its upgraded product, Ducati Diavel in 2016. As per the reports, the new generation bike, Ducati Diavel has been spied once again while it was going for testing in the Germany. According to the spy image source, it seems that the motorcycle has upgraded with major elements as a new belt drive system which is uses for the a total power transfer to the rear wheel, loaded with a new swingarm and a new frame. 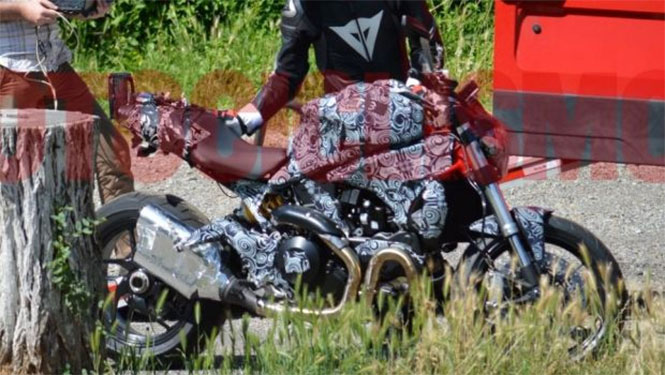 Moreover, the new Diavel gives a stunning look as it has given power cruiser with a new identity. The rear suspension has been reloaded horizontally under the seat and exhaust. Currently, Diavel uses Marzocchi suspensions, but now the new Diavel is featured with Ohlins suspensions. The motorcycle offers a comfortable seating position as it is blessed with forward set foot-pegs and swept back handlebar. 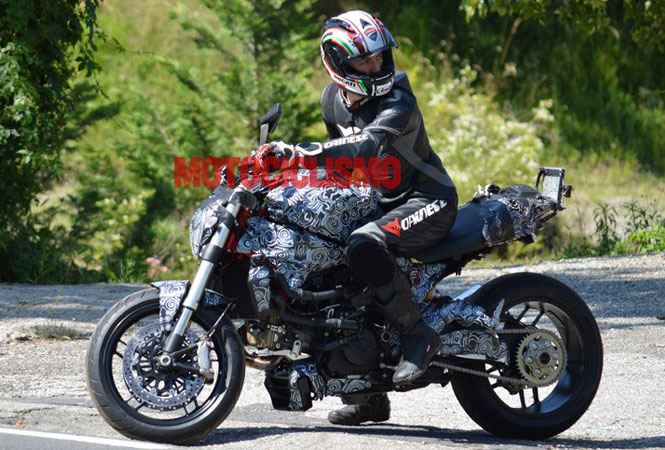 Further more, the 2016 Diavel is in-housed with 1198cc engine which churns out the paramount power of 160 BHP. It uses a technology, named Desmodromic Variable Timing, which uses for produce a better performance. The new Version of Diavel will be unveiled in the EICMA 2015 which is to be held in November. Likely the traditional cruiser is to be introduced in our country around May, 2016.