Hyundai has released a few first photographs of the upcoming eighth-generation Sonata, which is all set to get its debut at the 2019 International New York Auto Show scheduled between Fri, 19 Apr 2019 – Sun, 28 Apr 2019.

The 2019 Hyundai Sonata is the eight variant of the prestigious sedan which was first launched in 1986. The new car features design upgrades along with a more premium interior and exterior. It gets a more sporty, coupe-like outlook with four doors as compared to the traditional models having the sedan shape. It is the first Sonata model to be inspired by the company’s new design language –Sensuous Sportiness. The new car is bigger in dimensions, 45mm longer and 25mm wider to be exact, and also get a 35mm longer wheelbase than the outgoing model.

Read Also:- Hyundai Creta Sets A Milestone: Check Out How 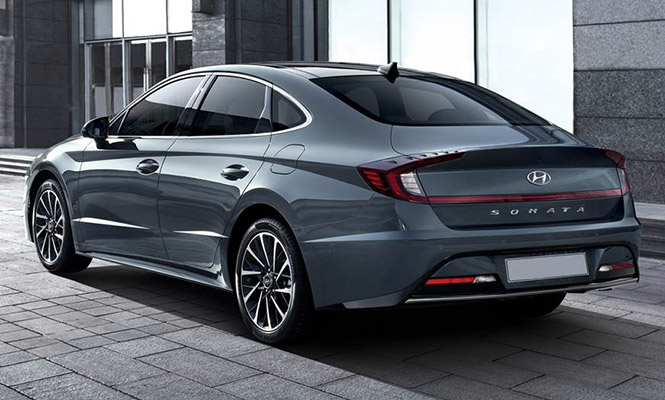 In terms of interior, the car has been completely renovated to give it a more premium look than the previous model. Some of the notable features include a bigger dashboard with a dual-tone finish (beige leather on top and grey plastic below), a large touchscreen infotainment screen, slim central air vents, a four-spoke, leather-wrapped steering unit with buttons to control the infotainment system and cruise control, and a digital instrument cluster.

The 2019 Sonata will debut at the upcoming New York Auto Show on April 19, following which it is expected go on sale in the second half of 2019. However, the car is unlikely to be released in India, given the fact that the model was discontinued in the country in 2015 owing to poor sales.

Hyundai Santro Anniversary Edition All Set to Launch Soon Ahead of Diwali
Views: 3834