An array of apps are available in smartphone market for voice calling, offering best result like Viber, Skype and many others. But what is the main issue in all is the lack of video quality on 2G network. And, India is the place where people still use the 2G network for internet access. To remove this issue, a new app is coming as a challenge for all other well-established apps for the same. The app is labeled as Nanu which has been introduced for Android devices to change the definition of "video calling services."

The app is available for free to download. It can enable users to make a video call to other Nanu user which costs nothing and gives the best result, even on 2G network. This is not the check, the app will also allow you to make calls on other numbers which aren’t connected with Nanu but it limits to 15 minutes only. After 15 minutes, the call will automatically be disconnected. 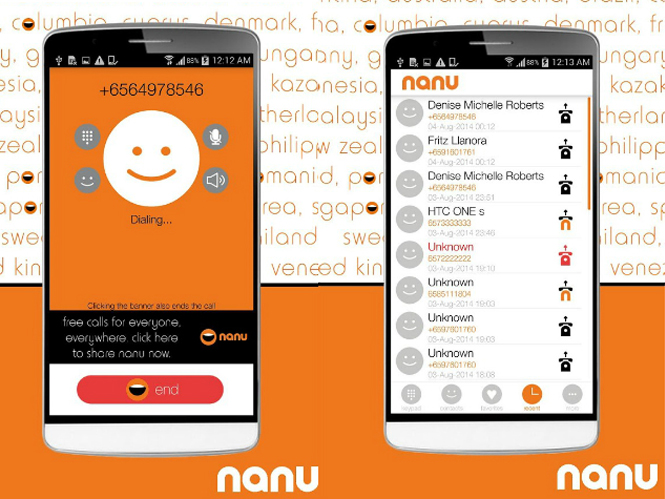 Company claims that users with 1MB of 2G data can take the benefit of this service but it will provide only 10 minutes of call in this little amount of data. Now the question may arise in your mind that how the app will make it possible without taking any charges? So the answer is here, Nanu displays number of advertisements when your call is in progress to answer. When the call has been picked up by the call recipient, it will automatically stop the ads to be displayed.

The app is available at "www.hellonanu.com" to download. It also blesses its users with the functionality of making calls on landlines of 41 countries including India. This allows users of 9 countries to make calls on mobile numbers. The company also has plans to expand its network providing this app in more countries and to make it compatible with other platforms also. It is said that Nanu app will soon be reached for iOS and Windows devices along with messaging feature.