Isuzu MU-X Likely to be Launched Later This Year: Take on Ford Endeavour and Toyota Fortuner

Isuzu Motors is planning to introduce a new product to the Indian market in this year. If the reports of the Overdrive are to be believed, this new vehicle, named as Isuzu MU-X will replace the currently selling old MU-7 SUV and will be launched in the country by the end of this year.

Isuzu established itself as Isuzu Motors India Private Limited in 2012 and currently has two models in the Indian market, MU-7 SUV and D-Max pick-up. And now the Japanese automaker is planning to launch  several new products in the country and one of those will touch the showroom by the year-end.

Back to the upcoming SUV, the Isuzu MU-X looks far modern and muscular body structurer than MU-7. The aggressive front facia of the SUV receives a chrome treated twin-slat grille, down there the projector headlamps enhanced the profile of the SUV. The MU-7 is based on the same platform which also underpins the Chevrolet Trailblazer. More on the sportier side, it features flared wheel arches, 16-inch alloy wheels and wrap-around windshield at the rear. 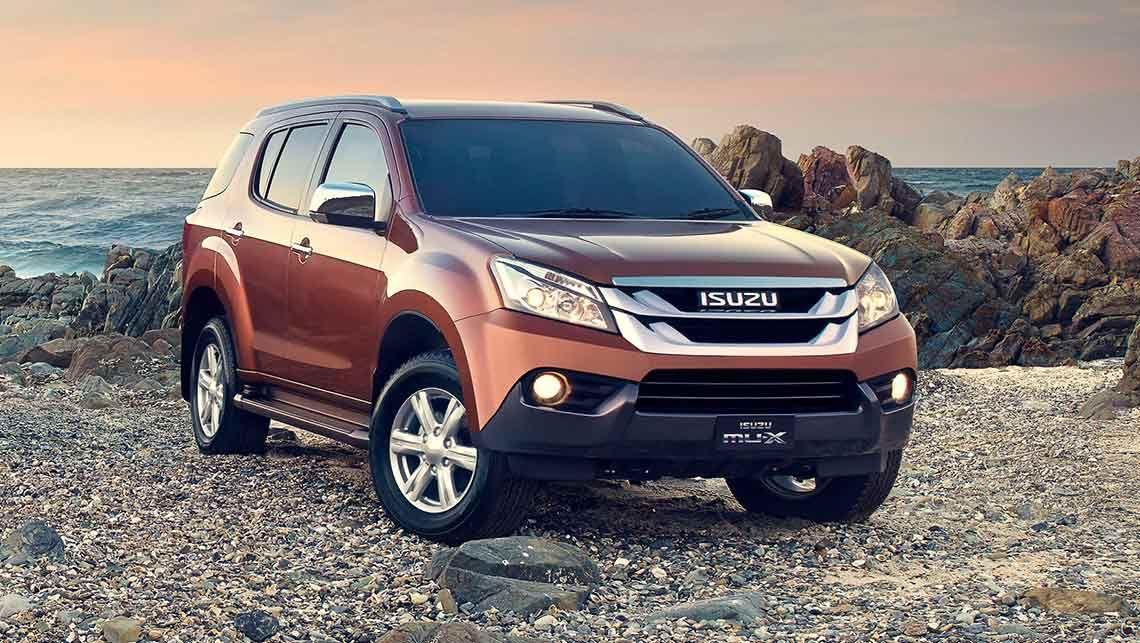 The similarities with the Chevrolet Trailblazer are not just limited to the exteriors, the interiors also inspired by it. Inside the cabin, the MU-X gets a silver treated steering wheel, 6-way electrically adjustable driver seat, Bluetooth and Navigation featured touchscreen infotainment system, 6-speaker and a roof-mounted 10-inch screen, climate control, 12 cup holders and 19 cubby holes

Featuring a high ground clearance of 230 mm, the MU-X measures 4,825 mm in length, 1,860 mm in width and 1,840 mm in height. Moving under the hood, it is expected to carry a 3.0-litre common-rail direct-injection diesel engine that produces 162 bhp of maximum power in combination with a peak torque of 360 Nm. The diesel motor is paired with a 5-Speed manual or automatic gearbox. It will be offered with both 2WD (two Wheel Drive) and 4WD (four Wheel Drive) options. 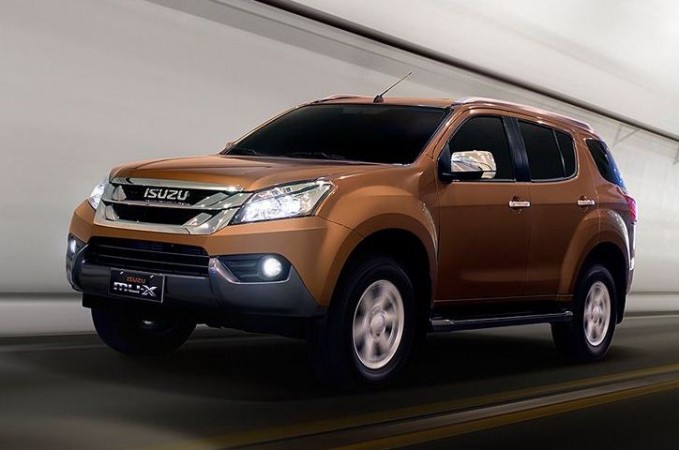 The MU-X is will be manufactured at the company’s newly inaugurated production facility in Sri City, Andhra Pradesh. When launched, the upcoming Isuzu MU-X SUV will take on the likes of Toyota Fortuner, Ford Endeavour and Chevrolet Trailblazer.