The much-awaited 2016 Paris Motor Show has finally illuminated the lamps yesterday and various automakers have unveiled their products on the press day of the event. The German-based brand, Audi has showcased the next-generation A5 and S5 Sportback models, which were previewed prior to the debut a couple of days ago. These variants will hit the Indian four-wheeler market in early 2017.

Quickly wrapping up the features, the Sportback models get a hallmark design for which these cars are popularly known for. An extended rear profile, a sloping roofline, and a forward sloping posture define the silhouette. Both of them are more or less similar to the standard A5 coupe with the addition is the muscular styling, which has been adopted over.

Heading towards the interior, the cabin reminds us of the A5 coupe featuring digital stuff and MMI infotainment screen at the center. The treatment of upholstery and equipment is similar. Though, the headroom might get reduced owing to the sloping roofline. 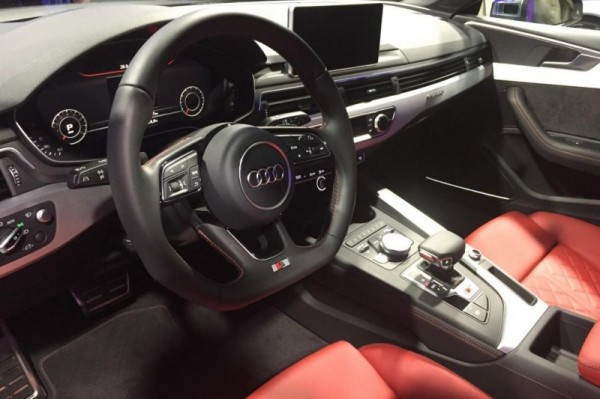 Engine-wise, the petrol variant of the A5 Sportback will get an 188BHP 2.0-litre TFSI unit, while the diesel trim has been loaded with a wide choice. This will range from 2.0-litre to 3.0-litre, generating power numbers from 187BHP to 282BHP, matched up with a six-speed manual and a seven or eight-speed automatic transmission. The S5, on the other hand, comes shod with a 3.0-litre V6 turbo petrol mill churning out 349BHP of power and 500NM of torque. Backing off rest of the range that gets a front wheel drive, the new S5 is armed with Quattro accelerating the vehicle from 0-100kmph in barely 4.7 seconds.

The cars have already been boarded to India for the homologation process, which means the India launch will probably be done soon. Indian market will embrace them via CBU route in the beginning of 2017.