The only and top end variant in the sportbike genre of Pune-based manufacturer, the Bajaj Pulsar RS200 has been revamped for the new 2017 year. The improved model of the motorcycle has landed officially in the market at an opening price amount of INR 1,21,881, for the standard model. Whereas, the ABS iteration of the bike is available to purchase at the price sticker of INR 1.33,883 lakh. Both the prices for the mentioned variants are exclusive for the Delhi dealerships.

If talks about the alterations made to this 2017 Pulsar RS200, the major updates has been noticed at cosmetics end, while mechanicals has only received a single yet really needed and important update of BS-IV compliance. Would like to remind you again, BS-IV emission norms are going to imply in the country from April 2017.

You may like also:  Bajaj Dominar 400 Adventure Speculative Avatar Rendered

Cosmetically, as reported and rumored, the new Pulsar RS200 gets the new shades of Racing Blue and Graphite Black. And, the older colour scheme which comprises Yellow, Black and Red colour options will be discontinued. For your information, the new colour choices and other improvements have not been updated on the official website of Bajaj Auto. 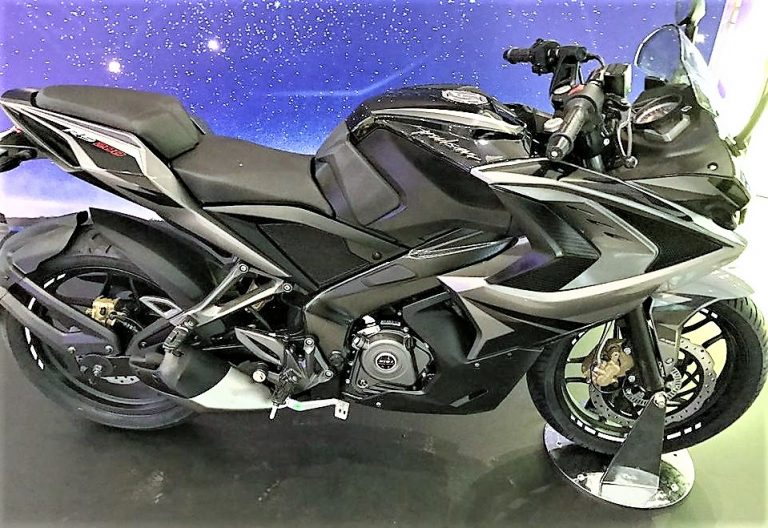 On powering end, the motorcycle continues to retain the same a 199.5cc, single-cylinder engine that is claimed to generate the maximum power of 24.2 BHP and delivers the peak torque of 18.6 Nm through the mated a six-speed gearbox. The motorcycle is rated as fastest motorcycle in the segment and attains the top speed of 140.8Kmph easily.

It will be really interesting to see, how this enhanced iteration of the Pulsar RS200, will work for the bike maker, in terms of generating sale along with the whole updated range of Pulsar.