The 2017 Mahindra Scorpio Getaway has been spotted testing several times around the country hidden under the heavy camouflages. But thanks to the Motor World India that snapped a test mule of the pickup which was almost undisguised and revealing the exterior details. The spied test mule gets the ‘Mahindra Pickup’ badge which indicates it to be an export-specs version. 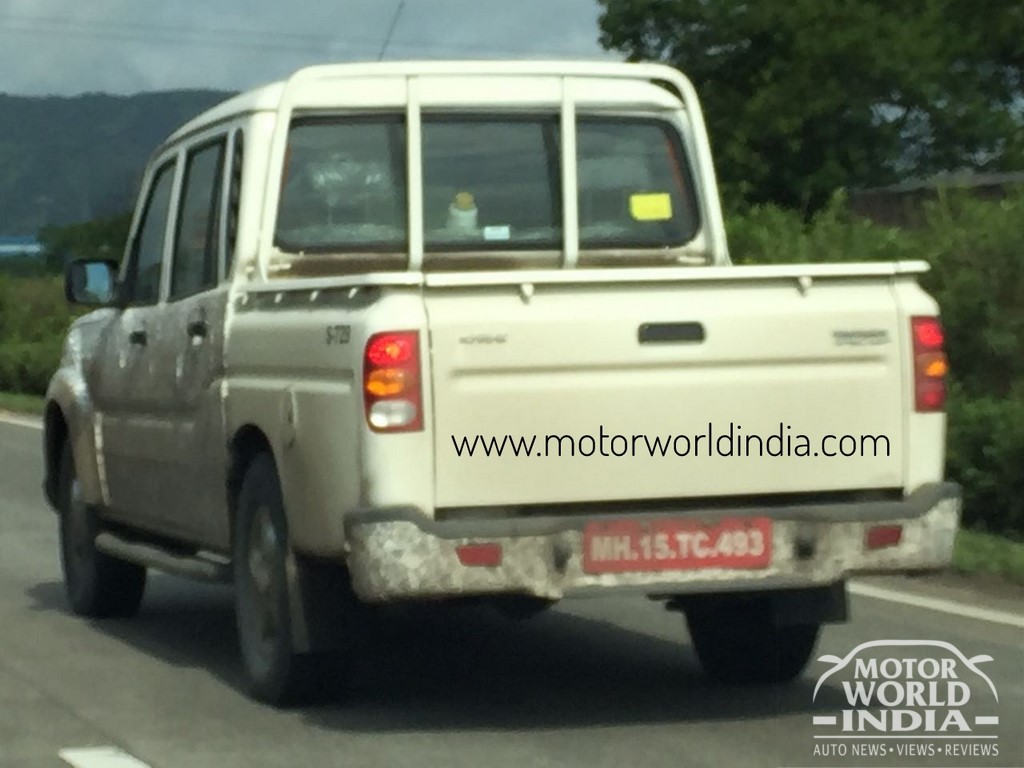 From the spy shots, the exterior of the new 2017 Mahindra Scorpio Getaway looks much identical to the facelifted 2016 Mahindra Scorpio. At the front, it houses projector headlamps with LED signature lights, new radiator grille with larger air dam, and a redesigned bumper. While the fog lamps get few tweaks along with the new shape. At the rear, the bumper also gets new design.

However, the spy images did not reveal the interior details of the car. But we can expect an updated dashboard with the slight tweaks, new instrument cluster, center console, HVAC vents, steering wheel and a new smartplay infotainment system.

If this 2017 Scorpio Getaway builds upon the same platform that underpins the ongoing Scorpio, there would be a slew of improvements. As the new hydroformed chassis is lighter, stronger and stiffer that the regular one. The wider size of the chassis helps in high speed stability and sharp turns, while the redesigned front maximises the safety of it occupants in a frontal crash test. 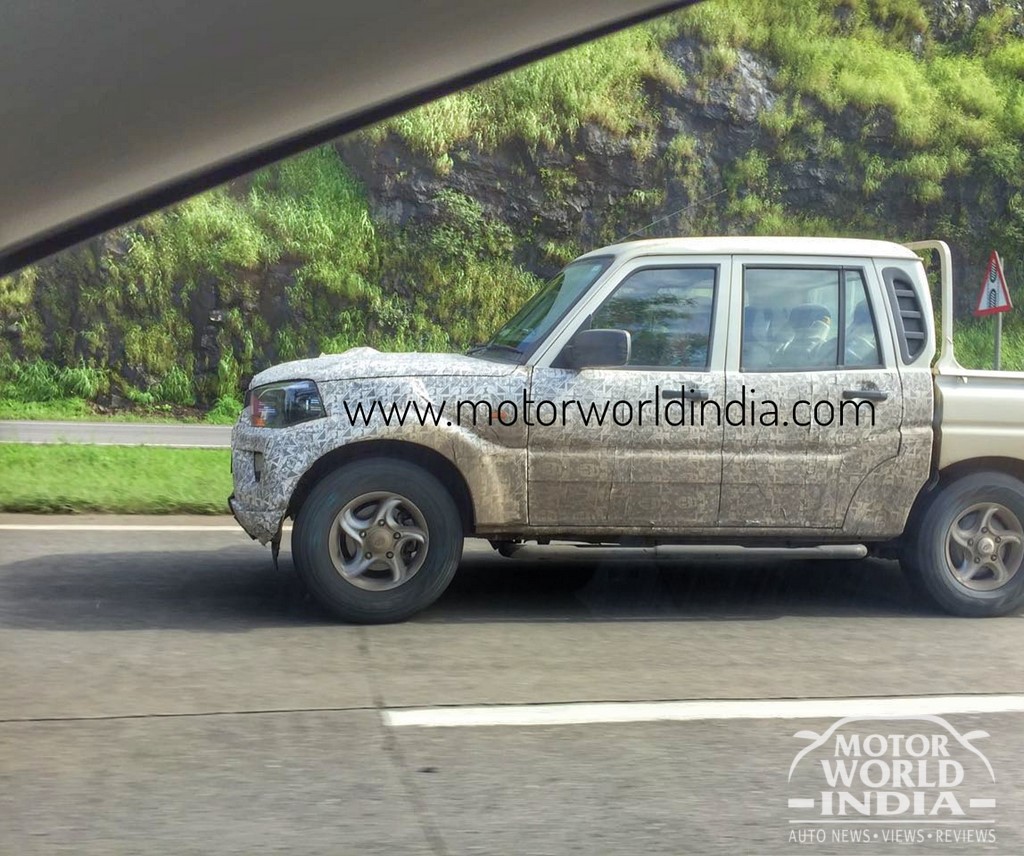 The 2017 Mahindra Scorpio Getaway is expected to be powered by a 2.2-litre mHawk turbocharged four-cylinder diesel engine that is capable of producing maximum power of 120 bhp and the peak torque of 280 Nm. It will be mated to a new generation ‘320’ 5-speed manual transmission. However, the shift-on-fly four-wheel drive system could be offered as per the market demand.
Get latest and updated information about automobiles on our Google Plus Community Speed Gears.