The all-new 2018 Ford Aspire has been launched. And with the festive season set to kick off in a week, the American Automaker would be hoping to gain considerable space in the compact sedan segment. The Facelift gets two new petrol variants. The standard 1.5-litre diesel trim will also be on offer. The attractive feature list coupled with the budget price tag is expected to spur Ford sales this season. Expect the Aspire Facelift variants to carry a price tag between Rs 5.55 lakh and Rs 8.49 lakh.

The new Ford Aspire facelift comes in 4 trims with added features such as rear parking sensors to ABS with EBD, dual airbags, safety kit as standard and adjustable front and rear headrests.

There is also hill-start assist, ESP and traction control as standard but on the automatic variant. However, the top variant has 4 airbags and an emergency assistance service. The new Ford Aspire facelift is based on the Figo cross-hatch. 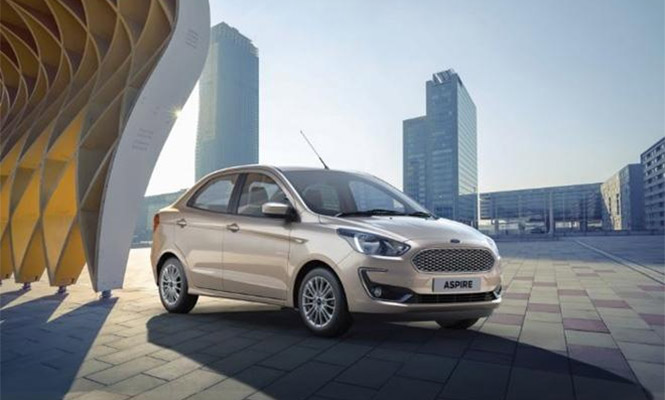 The slatted grille have been revised with a freestyle headlamp and a honeycomb mesh grille. Welcome new editions are the 15-inch multi-spoke alloys wheels which should serve well across all-terrains. The cabin misses out on premium leather kit but the fabric upholstery is equally refreshing too. Some key standard interior and exterior features include:

The Engine and Transmission

The Ford Aspire Facelift like its predecessor will be launched in two petrol and one diesel option. Transmission duties on standard trims would be performed by a 5-speed manual gearbox. The automatic trim will house the same 1.5-litre petrol engine that powers it’s other compact SUV sibling, the EcoSport. Transmission duties rest on a 6-speed automatic torque converter. The AMT petrol variant claims 123 hp with 16.3kmpl mileage. The automatic trim compromises with mileage for more power. The 1.5-litre petrol has been re-tweaked to offer 13hp and 14Nm more revs than the EcoSport. 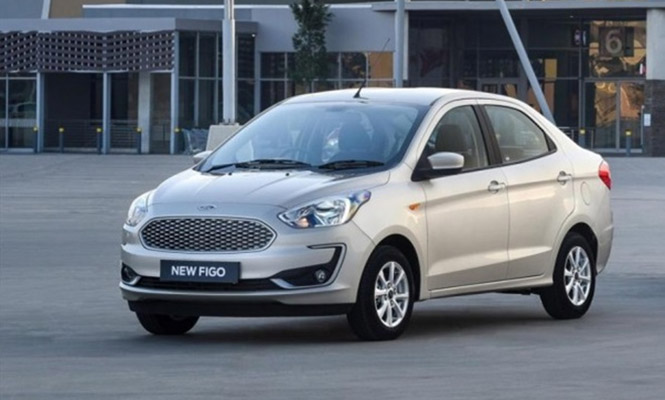 Here are the variants and their power throughput.