Honda just launched its iconic, the 2019 Civic in premium sedan segment today. The all-new 10th Gen Honda Civic carries the price tag starting from INR 17.70 lakh to INR 22.30 lakh (ex-showroom). There are 5 variants with 2 engine & gearbox options for both petrol and diesel.

In details, the Honda Civic petrol comes with a price tag of INR 17.70 lakh for the base V variant, while INR 19.20 lakh for the mid-spec VX and the top-spec ZX trim asking price of INR 21.00 lakh. On the other hand, two diesel variants on sale are the VX and ZX, tagged at INR 20.50 lakh and INR 22.30 lakh, respectively. 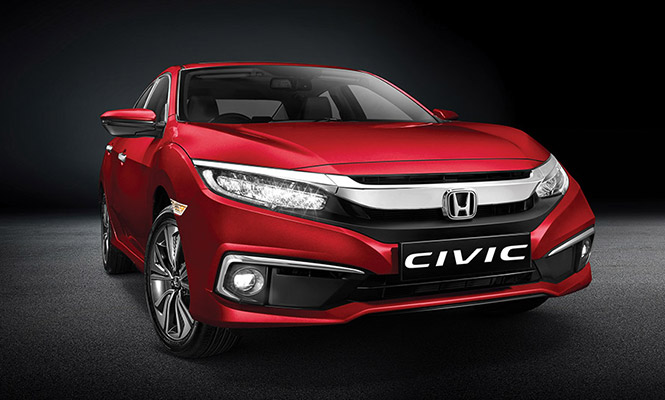 The tenth-gen Civic debuted for the first time in 2016 and later, got revived with the mid-life updates by the end of 2018. In Hondas Indian lineup, the Civic was eliminated around six years back and now has come as midlife refreshed version of the tenth-generation. It is offered with two engine options-diesel and petrol. The diesel engine option is the first for the country. It is the similar 1.6-litre unit that performs powering duties on the Honda CR-V. The churned power figures for the mill stands at 120PS and 300Nm that's sent to the rear wheel via a mated 6-speed manual transmission.

On the other hand, the petrol engine option is also a familiar 1.8-litre engine. It will be offered with a 7-step CVT transmission which sports in developing 141PS of max power and 174Nm of peak torque. 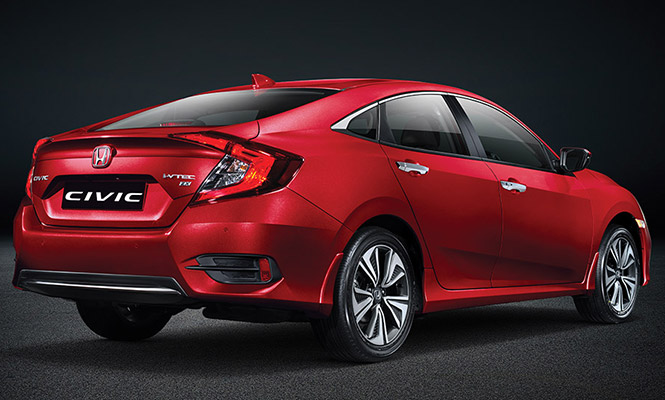 The 2019 Honda Civic is a feature-packed offering. We could see the segment-leading techs like Honda Lane Watch, remote engine and AC start (only for the petrol), especially for the top-spec ZX variant. The brands patented Lane Watch technology showcases live feed of the rear-left on the central screen. In addition to this, there will a three-part instrument cluster with a digital 7-inch MID in the centre, 7-inch touchscreen infotainment system, dual-zone climate control, electric sunroof for the comfort and convenience of the occupants. The safety bits will include vehicle stability control and six airbags as well.

The pre-bookings for the new Civic were already been commenced officially in mid of February 2019 itself. Also, its production at Greater Noida based brands production line has commenced. The Honda Civic will lock its horns with the likes of Skoda Octavia, Toyota Corolla Altis and Hyundai Elantra in the sedan segment.