Maruti Suzuki, the largest car manufacturer of India is working upon to launch a new-gen Alto in India in the coming months. The third-gen Wagon R has been launched by Maruti Suzuki In January. However, the company has not announced officially regarding the all-new Alto. It is assumed that the company would soon stop the production of the current model of Alto as the hatchback may not be able to clear the crash test norms that are being introduced by the Indian government.

The all-new Alto has been spotted in testing on the roads of India for the first time which reveals the design and exterior of the car. A heavy camouflage hinting towards a cross-hatch body style.

Only the rear view of the car is visible in the spy shot images which reveals that the New-gen Maruti Suzuki Alto is to be based on a micro-SUV body design most probably inspired from Future-S Concept that was showcased at the Auto Expo 2018. 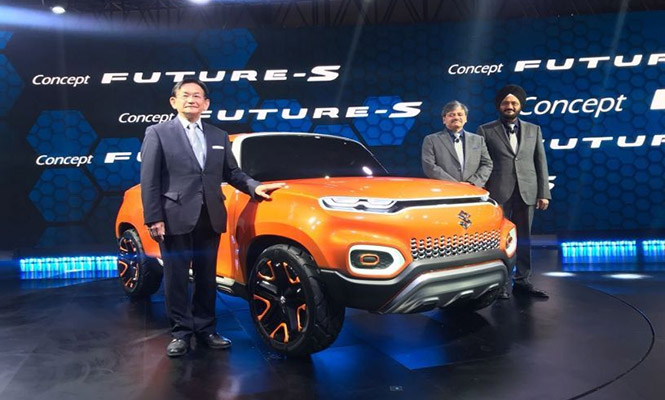 The 2019 Alto is likely to be developed on Suzuki’s Heartect A platform which was earlier seen on Ignis and the third-gen Maruti WagonR. The current model of Alto is available in two trims -Alto 800 and Alto K10 . Both of the trims are available in a 800cc and 1.0-litre.

It seems that this time Maruti Suzuki would offer Alto with two engine but with a single name. The outgoing model of Alto 800 is capable to deliver a 48PS of power and 69Nm of torque while the Alto K10 churns out a 68PS of powere and 90Nm of peak torque. Both, 800cc and 1.0 - litre engines are matted with a 5-speed manual gearbox as standard while the 1.0 - litre engine is also available in AMT gearbox.

The 2019 Alto is expect to get a more spacious cabin, a new engine and better features than the current model. It is likely to be equipped with more safety features like driver airbag and ABS with EBD as standard. The higher variants of the all- new Alto is expected to get a 7-inch touchscreen infotainment system to compete with Kwid.