The spy shot images of the facelift version of Tata Tiago have started surfacing on the internet which shows that the hatchback has sports styling updations from the outside. The 2019 Tata Tiago will come with more safety features such as airbag and ABS to follow the safety norms being introduced by the government which will be applicable from July 2019.

Under the new safety norms, it is mandatory for all car manufacturers to provide safety features including driver’s side airbag, ABS, rear parking sensors, seat belt reminder and a speed warning system in their cars. All of the models of Tata Tiago facelift version will get these safety features. The spied images reveal that the hatchback will come with minor changes on the front fascia. We can see in the images that the Outside Rear View Mirror has been painted in Orange color. The car will run on the same 14-inch alloy wheels which are currently available on the higher Tata Tiago XZ variant. 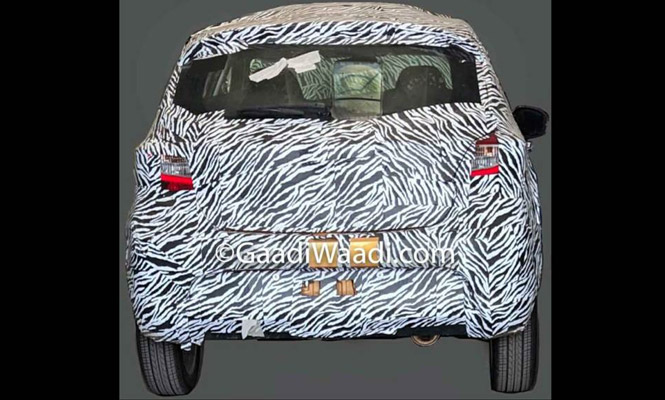 2019 Tata Tiago looks elegant in terms of design and the company has taken the inspiration from the 45X hatchback which is yet to be launched and will compete against the lieks of Maruti Suzuki Baleno and Hyundai Elite i20.

It seems that Tata would not make any changes in mechanical front in the facelift version of Tiago and continues with same 85hp, 1.2-litre petrol and 70hp, 1.0-litre diesel engine. 5-speed gearbox transmission on both petrol and diesel while the petrol engine option is also available in 5-speed AMT. Since 2016, Tata motors is successfully selling the Tiago in India, which is still a major contributor to the brand’s sales numbers. Tata is now facing stiff competition with rivals like Hyundai Santro and Maruti Suzuki Wagon R and Datsun Go new- generation. The mid-life refresh is likely to be launched in India ahead of its rival Hyundai i20. The 2019 Tata Tiago is to be based on Tata 45X which helps the carmaker to continue with high sales.