An exclusive batch of images of all-new Figo Cross has been put online via Ford itself that is depicting the upcoming Cross model in more enhanced and aggressive avatar. Well, the model did not see that much success and appreciation from the audience back in time. But this waving around the corner bunch of images is presenting the vehicle in the full-fledged form in order to compete hard in the segment.

If the outer periphery of the Figo Cross is concerned, based on the Figo hatchback, the Cross model shares body shell and styling also from it. The cladding job on the Cross has also been one of the major concern for the automaker that marks it different from other name-sake crossovers. Other than this, the vehicle gets a hexagonal angry mesh grille that is supported by the sculpted bumper. The bumper gets a blacked out lower half and a faux bash-plate underneath for the crossover credentials.

Other than this, the components that adorn the Figo Cross at the skin comprises bumper mounted fog lamps, a split racing stripe in the center for sporty character and roof-rails. Though, the LED DRLs which has been a standard equipment for next-generation premium cars misses out on the model in question. The rear of the Figo Cross is not revealed still we can assume a chunky rear bumper with a blacked out lower half and few other alterations to set it apart from the regular Figo hatch. 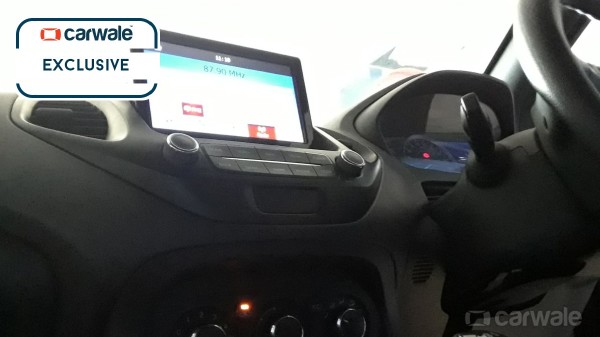 Inside the cabin, the Ford Figo will see the interior and fitments as of the newly launched Ecosport. The car will also get the floating touchscreen display for the infotainment system that is being considered to be the best in the class when compared to the Maruti and Tata displays. Sadly, the brand will not provide automatic climate control feature even for its top end variant.

Beneath the frontend, the Figo Cross will come laden with an all-new 1.2-litre Dragon series petrol engine which is likely to generate the maximum power around 90bhp. Moreover, the standard 1.5-litre diesel from the company will also serve the upcoming for providing the propelling power that is 100bhp. In terms of power transmission, both the engines will be integrated with a five-speed manual gearbox. 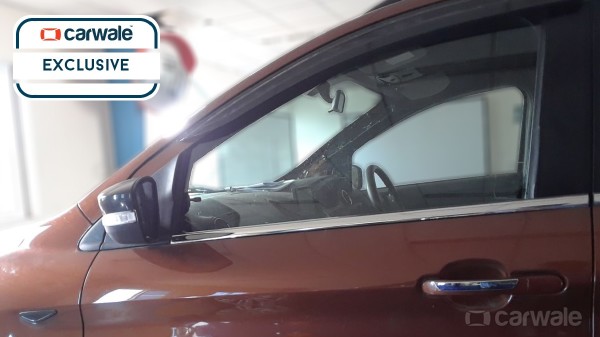 In Ford India lineup, the Cross will be designated above the Figo and probably alongside the Aspire. In the premium hatchback segment, the Figo Cross will combat with the Maruti Suzuki Baleno and the Hyundai Elite i20.