Alternative Cruisers For Those Not Fond of Royal Enfield

Royal Enfield Bullet is the most desirable cruiser in the Indian market, still there is a huge number of audience who don't like Bullet. Indian market that is renowned for rapid growth has witnessed the arrival of several cruisers. Apart from the Royal Enfield, there are options from the domestic and international manufacturers which provides a better and powerful alternative. Here in this post, we have listed five attractive yet powerful bikes available for sale in the Indian market. Have a look.

Bajaj Avenger Street cruiser motorcycle is being offered in two engine variant of 180cc and 220cc displacement. The variant powered by a 180cc DTS-i engine gets the propelling power of 15.3 bhp along with 13.7 Nm of torque. On the other hand, the trim packed with 220-cc DTS-i engine uses 19 bhp of power and 17.5 Nm of torque. Both the models get five-speed gearbox transmission. The Avenger Street 180 is priced at the starting price of INR 86,829. While the Street 220 range starts at INR 95,923. 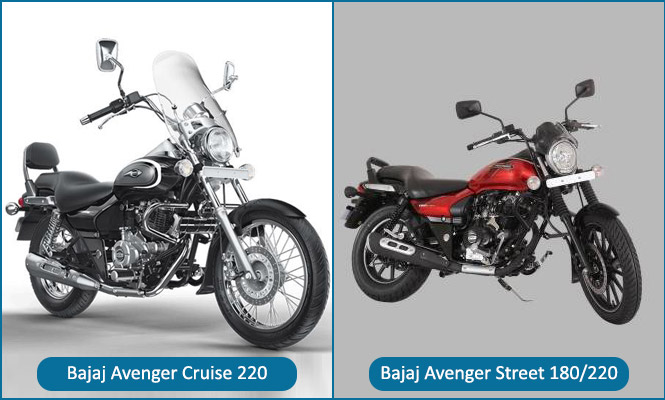 It is the range-topping model in the Avenger series. The Cruise 220 posses the similar 220cc DTS-i engine of the Street 220. Well, the embellishment of features like lower placed seat, long wheelbase and a tall windscreen make it's a premium offering. The company asks for INR 95,923 for this cruiser. 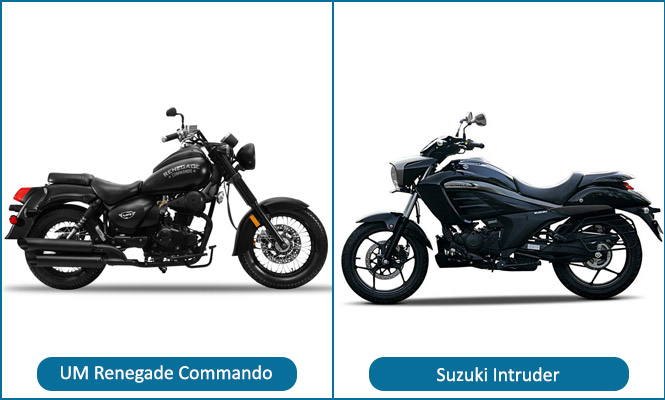 Suzuki Intruder. is a flagship cruiser from the Japanese bike maker in India. The motorcycle received huge appreciation thanks to its distinct design language. It packs a 155cc petrol engine that belts out 14.6 bhp of power and 14 Nm torque via a mated five-speed gearbox. The base model of Intruder is priced at INR 1,02,072 while it fuel-injected variant priced costlier.

UM Global that is an American motorcycle maker marked its official entry in the Indian market in 2014. This powerful motorcycle comes packed with a 280cc engine that is claimed to develop the peak power of 24.8bhp and 23Nm of vertex torque. While the power transmission takes place via a mated six-speed gearbox. Priced at INR 1.82 lakh, this motorcycle rival against the Royal Enfield Thunderbird. For those who don't like Royal Enfield, it’s a better option.

2019 Suzuki Intruder Vs Other Options in Similar Pricing
Views: 1504

Royal Enfield Bullet 350 Trails: What Else One Can Buy in Similar Pricing?
Views: 2278