The much awaited coupe from Ford Motors, named Mustang has been displayed at the Delhi Auto Expo. This sports car is going to mark Ford's entry in the coupe segment at the Indian shores. Revealed recently at the Pre-Auto expo event, the Mustang is expected to arrive at the showrooms for sale by the second quarter of the ongoing year. Internationally, it is already an established name and the current version is the sixth generation of the model.

Talking about the features, it is a muscular elongated supercar that receives a lot of retro finishing. Further, some characteristic features include bulging bonnet, brawny wheel arches, and a raked roofline. It also gets some elements as standard like LED headlamps, tail lights with turn signals as well as dual exhaust pipes at the rear end.

Moving inside, we get to see various toggle switches in the cockpit which resemble the look of an airplane. It also flaunts leather covered steering wheel with tilt column, touchscreen infotainment, bucket seats and ambient lighting. Mechanically, the car is powered by a 5 litre V8 engine that is coupled to a 6-speed automatic gearbox. It ha 4 driving modes namely Normal, Sport+, Track and Wet. 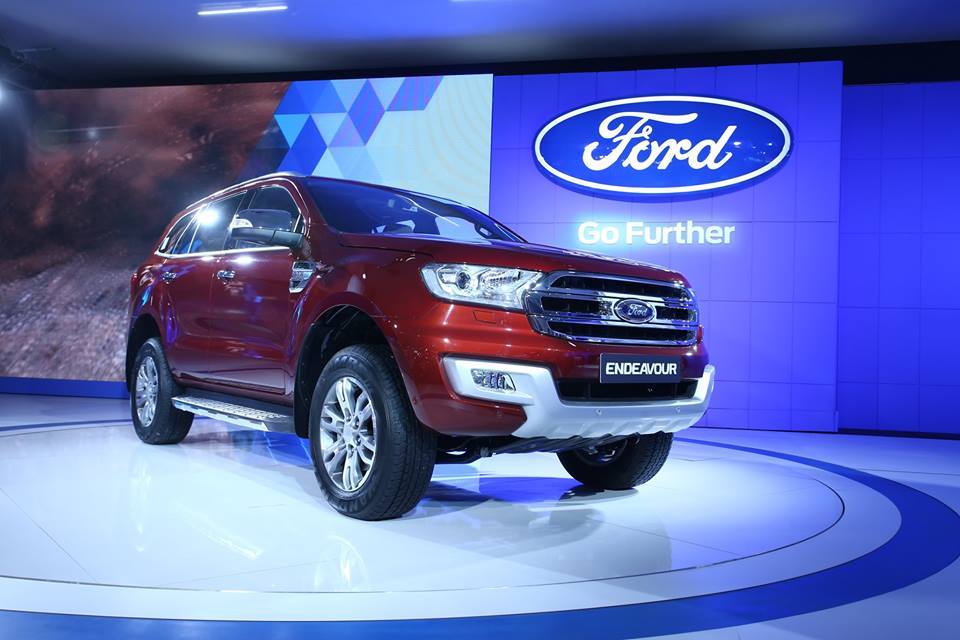 The next generation Ford Endeavour, which was launched recently at the starting price of INR 24.75 Lacs (ex-showroom, Mumbai). This SUV is offered in just two trim options viz. Trend and Titanium. It is available with two diesel engine categories, gearboxes, and the AWD setup also comes as optional.

The first one in the powertrain lineup is a 2.2 litre, 4-cylinder unit that makes 158Bhp of power and is paired to a 6-speed manual or automatic transmission facility. Second category of the engine is a 3. 2 litre 5-cylinder motor that is good enough to pump out 197Bhp of maximum power. The transmission is handled by a 6-speed automatic gearbox, which is further linked to an AWD mechanism.