The Trend E electric scooter from Avan Motors which was lately showcased by the EV manufacturer is scheduled to launch by the end of March. The automaker has confirmed its launch in the country. The scooter is claimed to get power from a dual lithium-ion battery setup that is capable of delivering the range of 110km. The Trend E rest on the similar underpinnings of the Xero + though features different styling. As compared to the Xero+ that takes 4-6 hours to charge the battery, the Trend E is quick in charging factor and takes only 2-4 hours for a full charge. It makes us believe that the Trend E would be an expensive offering over the Xero+ with the expected price tag of INR 55,000, ex-showroom.

Furthermore, the company has a plan of expanding its dealership network in 11 new states in the next few months. These states will include Rajasthan, Punjab, West Bengal, Manipur, Assam, Sikkim, Tamil Nadu, Andhra Pradesh, Kerala and Odisha. In these mentioned states, Avan Motors will consider tier 2 and tier 3 cities due to increased use of the electric vehicle in these cities and expand the dealerships counts to about 100 outlets. 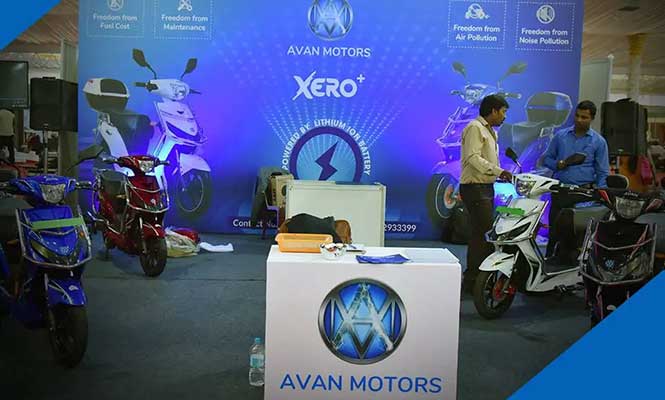 As of now, Avan Motors has its availability in states like Maharashtra, Uttar Pradesh, Madhya Pradesh and Karnataka with existing 30 dealerships. FYI, one of India’s biggest electric scooter manufacturers, Hero Electric has a dense dealership network with about 600 showrooms across the country. On the other hand, Okinawa boast of a dealership network of 279 outlets country-wide.

While announcing the launch timeline for Avan Trend E, Mr Pankaj Tiwari, Business Development Head, Avan Motors, said, “Avan Motors has been working extensively towards promoting sustainable mobility while enhancing the customer experience through a holistic vision for the business. This vision reflects in our plans to intensify the brand’s presence across the country in a bid to further make its affordable electric scooters accessible to more Indians across Tier 2 and Tier 3 cities. Further, we hope that our expansion is followed by greater awareness among consumers regarding the benefits of EVs and that more commuters willingly embrace the mode of e-scooters for their basic commuting purposes. Moreover, with this expansion of our sales network, we promise to serve our customers in the best possible manner and with the best of our offerings.”

Avan Motors India recently added the Xero and the Xero+ electric scooters. The Trend E will be the third scooter in a row. Launched in February 2019, both the Xero variants are zero-emission, cost-effective scooters which come featured with cutting edge technological aspects to ensure a smooth and fun ride each time. Also, the initial customers' response for the scooters were tremendous which made the EV maker to introduce third of its offering in no time delay. Designed considering Indian road conditions, the running cost on the Xero series scooters are about 10 per cent of vehicles running with conventional fuels.

With its product offerings, Avan Motors is trying its level best to explore EV space to a large extent in lieu of attaining its mission a cleaner environment with the state-of-the-art technology at a reasonable price tag. The company is aiming to carry forward this development further to its vision by a keeping stronghold in the market in the next generation urban mobility solutions in India and crafting a sustainable future by taking substantial steps.