Bajaj Pulsar 150NS Might be on Chart This Year, Specs Exposed

The Bajaj Pulsar 150 NS is the next anticipated thing coming towards the country after the Pulsar 200 SS. It seems that the firm is following the very same therapy for its upcoming motorcycles. Following the success steps of the firm's flagship sports motorcycle, i.e. Bajaj Pulsar 200 NS, the company is now working over 150 and 180 series of sports motorcycles. These two siblings will soon be receiving minor upgrades in cosmetic as well as technical specifications. In short, both of these motorcycles will be getting a suffix of "NS" along with itsy-bitsy mechanical and cosmetic upgrades.

Moreover, adding some spices to the above paragraph, the technical specifications of the upcoming Bajaj Pulsar 150 NS are unveiled behind the scenes. Here goes a token of gratitude to the Turkish forum, which is pretty much helpful for getting into the mechanical details of the upcoming motorcycle. According to the MotoSiklet, the Pulsar 150 NS will be featuring a newly tuned engine, fetching out quite amazing power and torque figures. 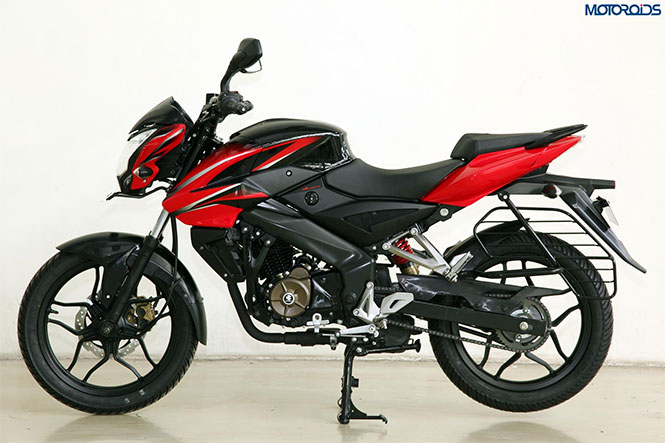 The upcoming Bajaj Pulsar 150 NS gets a pumping heart of 149.5cc, 4-Valve and single-cylinder motor. The air-cooled engine therapy pumps put a churning power of 16.8 BHP @ 9000 RPM and a peak torque of 13 Nm @ 7500 revs. The 149.5cc displaced engine is mated to a 5-speed transmission, offering both electric and kick start. The stopping power has been taken care by disc brakes at both front and rear. The fuel tank capacity offered by the manufacturer is 12 liters, which is exactly similar to the Pulsar 200 NS. The complete package of Bajaj Pulsar 150 NS holds a total weight of 144 kgs. 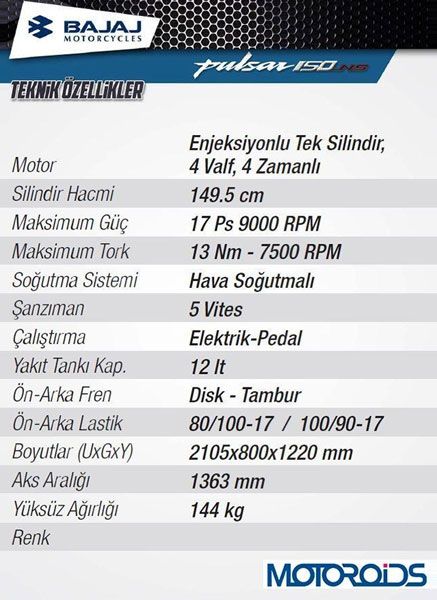 The Bajaj's upcoming Pulsar 150 NS is readying to compete against the existing Yamaha FZS-FI and newly introduced Suzuki Gixxer. Eventually, the Bajaj Pulsar 150 NS could be expected in the first six motorcycles, whose launches are being announced by the Bajaj Auto Ltd.