As we all know that the Bajaj Auto Ltd. is working over the updated version of the Bajaj Platina 100. The upcoming motorcycle was spied testing numerously. And, now here is the breaking news of all the time, the Bajaj Auto Ltd has recently and silently updated its official website with a new product, named as Bajaj Platina 100 ES. Well, we have heard a lot about the updated and upcoming version of the 100cc commuter segment motorcycle, but we've never expected that the firm would introduce it behind the curtains. The firm has called it Bajaj Platina 100 ES and the tagline given to the motorcycle is "World's Mileage Champion". 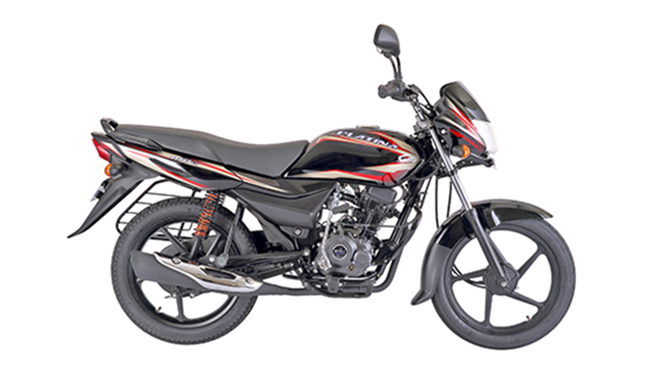 The Bajaj Platina 100 ES gets its power from a newly tuned single-cylinder, 2-Valve, DTS-I ExhausTEC motor configuration carrying a 102cc engine displacement. Although, it is a refreshed version of the existing one, but it is equipped with recently developed technical specifications. The 102cc displaced engine is mated to a 4-speed transmission and tuned to belt out a churning power of 8.2 BHP @ 7500 RPM and a peak torque of 12.75 Nm @ 5000 revs. The firm is offering Bajaj Platina 100 ES with two ignition options; kick start and Electric Start (ES). The commuter motorcycle has carried a fuel tank capacity of 11.5 liters. 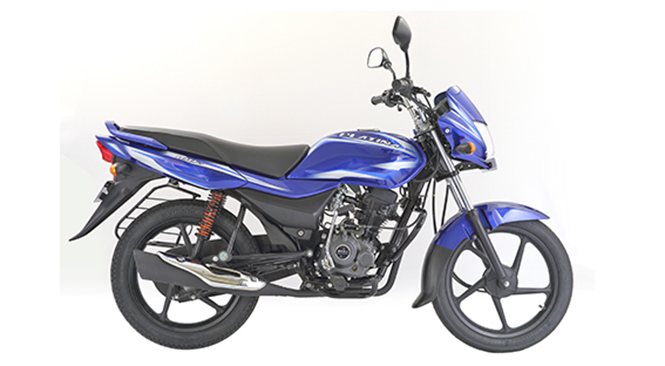 Talking about the riding quality of the Bajaj Platina 100 ES, it is built around a tubular single down tube with lower cradle frame and equipped with telescopic suspension at the front and trailing arm shockabsorber at the rear. The stopping power has been taken care by drum brakes at both front and rear. The manufacturer claims that updated version Platina i.e. Platina 100 ES would be capable to reach a top speed of 90 KMPH. The company claims mileage given by the newly launched motorcycle is 96.6 KMPL, which clearly defines its tagline. 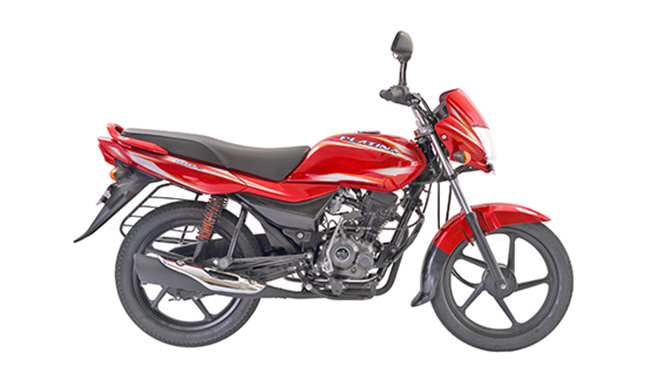 The cosmetic makeover done by the manufacturer includes a newly designed exhaust tail, minor changes in the side body panels and graphics. Above all, these makeover, the 102cc displaced engined motorcycle receives new color scheme, i.e. Ebony Black, Electron Blue and Candy Red. The new paint scheme along with graphics gives this motorcycle a gorgeous visual appeal. The Bajaj Platina 100 ES will be available in showrooms carrying a price tag of Rs 44,507 (Ex-Showroom Delhi).