The Bajaj Pulsar 200AS has recently come out of nowhere. It wasn't on the charts, not on papers, but it really looks stunning. After having a look over the fully-faired Bajaj Pulsar 200 SS, it is the third model offered by the manufacturer which is based over the Pulsar 200NS platform. At the first glance of the spied sports motorcycle, nothing can be said about the technical specifications. And now, here comes some more spied images of the Bajaj Pulsar 200 AS along with the detailed technical information. This time the spotted images have revealed several equipments and some majorly missing advance technology. 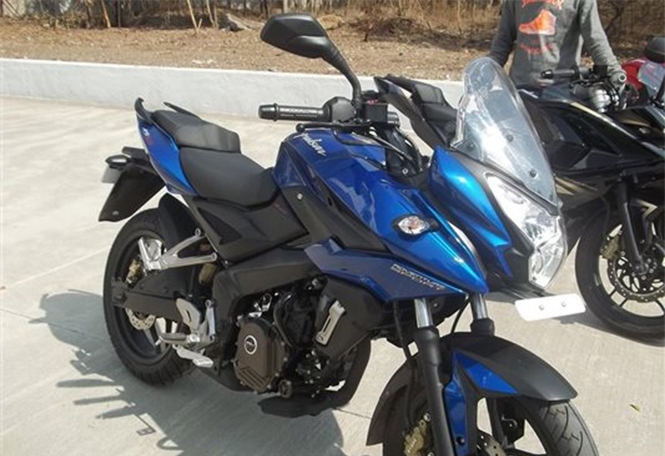 The Bajaj Pulsar 200 AS is featuring the very same single-cylinder configuration, which was found in the firm's flagship, Pulsar 200 NS. The liquid-cooled motor is mated to a 6-speed transmission. The 199.5cc displaced engine is tuned to churn out a maximum power of 23.2 BHP @ 9000 RPM and a peak torque of 18.3 Nm @ 8000 revs. Adding the disappointment to the technical specs, the firm will not be offering Fuel-Injected engine. The Adventure Sport model will continue with the carburetor. The braking system will also let you to little bit more disappointment, as the firm hasn't installed ABS in the Adventure motorcycle, not even as an option. 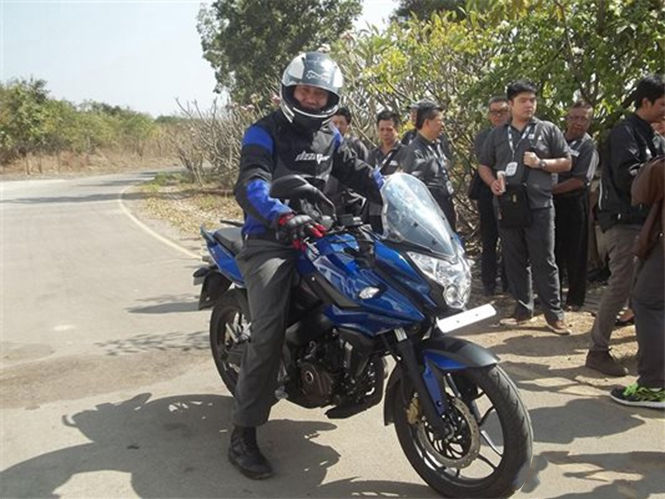 Talking about the cosmetic changes acquired by the Bajaj Pulsar 200 AS, it is featuring a semi-fairing on the front side. The upcoming Adventure Sports is pretty much inspired by the touring motorcycles, as it traits a long-sized visor and Adventure written over the front apparel. The firm has installed halogen lamp for low-beam light, projector headlight for high-beam light and both are incorporated with pilot lights. Cosmetically, the Bajaj Pulsar 200 AS reminds us of the newly launched Discover 150F.

Well, eventually, we all have to wait for the coming 6 months, as per the declaration made by the Bajaj Auto Ltd. Besides all these, the manufacturer has silently launched the all new Bajaj Platina 100 ES on its official website.

Bajaj has made Pulsar 200SS Known Secretly, Images Inside
Views: 2202