Bajaj to Launch Platina In February

The Bajaj Auto Ltd. would like to start its new year, 2015 with the flying colors of its newly designed commuter segment motorcycle, Bajaj Platina. The upcoming motorcycle is likely to receive the very same technical specifications, which was being installed in the previous one. The manufacturer was readying itself from the last year to launch the update version of the motorcycle. Currently, the Bajaj Auto Ltd. is offering Discover series of commuter motorcycles in its Indian portfolio. Moreover, it has launched twin brothers under the Discover Series of motorcycles, carrying 150cc displaced engine.

The upcoming Bajaj Platina will be featuring the very same 4-stroke, air-cooled configuration. The 99.27cc displaced engine is coupled to Constant mesh type 4-speed gearbox. The commuter segment engine is tuned to belt a maximum power of 8.1 BHP @ 7500 RPM and a peak torque of 8.05 Nm @ 4500 revs. The firm has installed hydraulic telescopic suspensions at both front and rear. The braking duties have been taken care by drum brakes.

Talking about the newfangled things, which will be expected to receive by the upcoming Bajaj Platina are the new color scheme offered by the manufacturer and attractively designed graphics. The upcoming commuter segment motorcycle was also being spied testing during several instances. For the New Year, 2015, the manufacturer might offer a new color scheme for this motorcycle. The upcoming Bajaj Platina is expected to be priced at more than the current version, which is Rs 38,780 (Ex-showroom Delhi). 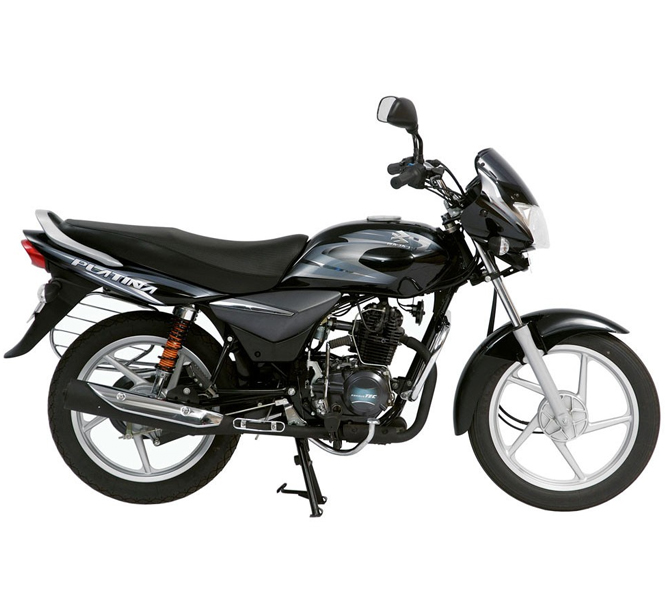 Bajaj has made Pulsar 200SS Known Secretly, Images Inside
Views: 2202