The German Automaker BMW has started assembling its all-new 7-Series at company's plant near Chennai. The picture above shows the Managing Director of BMW Plant, Dr. Jochen Stallkamp standing beside the locally assembled 7 Series, at the time of its roll out from the factory. Earlier, this month we had informed you about its launch at the 2016 Auto Expo.  However, only the diesel variants will be built at this plant, while the petrol model is going to be made available via Completely Built Unit (CBU) route.

Talking about the locally assembled model that are, namely 730Ld Design Pure Excellent and 730Ld M Sport. These carry a price tag of INR 1.11 Crore and INR 1.19 Crore (Ex-showroom New Delhi) respectively. Besides, the former model is also sold as a CBU plan that offers the customers to get optional accessories and customization from the company. Meanwhile, the new generation model also comes with two petrol trims - 750Li Design Pure Excellence and 750Li M sports that will also be imported in the Indian market via the same route and some optional attachments could also be added. 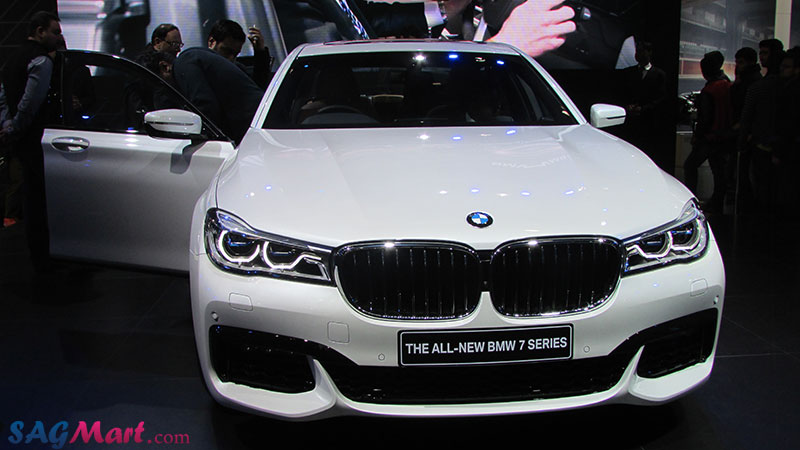 You may also read: BMW has launched at the 2016 Auto Expo

With luxurious looks and styling, the all new 7-series had already gained so much popularity among the buyers. Now the extra added feature and the optional choice could also affect the sales of its rivals, namely Mercedes, Audi, Jaguar and other luxury brands that fit in the same range of this car.  Some common features are listed as gesture control, BMW display key, BMW touch command key, wireless charging, sky lounge and remote control parking.