By 2017, Toyota and Lexus Cars To Offer Automatic Braking As Standard

The renowned Japanese Automotive Firm, Toyota plans to introduce automatic braking feature in almost all Toyota and Lexus cars as standard package by 2017. The company aims to make the driving more safe and assures that this safety feature will help in the reduction of major road accidents.

The automaker has planned to bring the feature with the models to be launched from 2017. Reports suggest that around 25 out of the 30 models from Lexus and Toyota will be equipped with this safety feature. The safety rating providing units such as the National Highway Traffic Safety Administration and the Insurance Institute for Highway Safety have revealed that in the coming years more than 20 automakers will introduce this feature in their vehicles that are being sold globally. 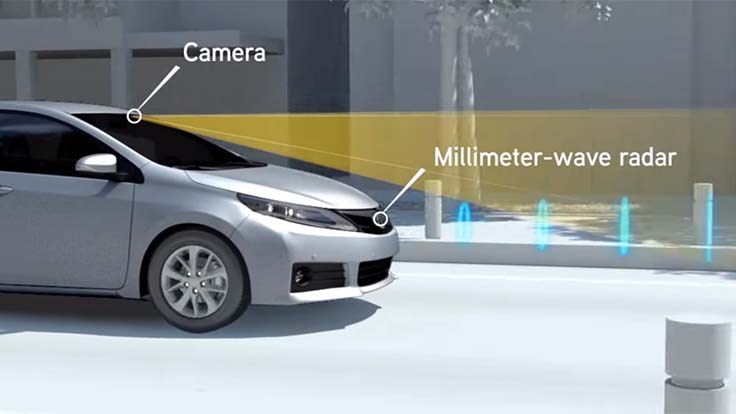 The cars equipped with this feature will use radars, laser beams and cameras to make this automatic braking system function properly. According to recent reports, automatic braking has helped cut down the probabilities of collisions or crashes by 40 per cent. Toyota has always been first to introduce safety features in its cars as Toyota keeps the safety of the occupants as the top priority. We will soon witness some of the cars with this feature on the Indian roads as well.