Chevrolet Beat facelift model has been soaring high in the headlines of journals since it first showcased at the 2016 Auto Expo as a concept version. Later on, it is followed by a single press image in the June same year and some engineering mule as well. And now, a test mule of the same again caught on camera while doing rounds on the Mumbai-Pune Express Highway. The prototype found on the spied testing video is heavily camouflaged, hiding the final production design, which is about to reveal for the Indian market in the first half of 2017.

Based on the same platform as of the ongoing model, the new Beat will drag some designing cues from the latest-gen Chevrolet Spark. Based on the spied shots of the car, the front fascia has come up with new dual port chrome garnished front grille and redesigned headlamp clusters with black inserts, whereas the side profile remains unchanged. The rear-end of the car features relocated license plate located on the tailgate, redesigned rear bumper and new taillights. Inside the cabin, the facelifted Chevrolet Beat sports a two-tone interior, MyLink infotainment system compatible with Apple CarPlay, Android Auto connectivity and GPS-guided navigation. 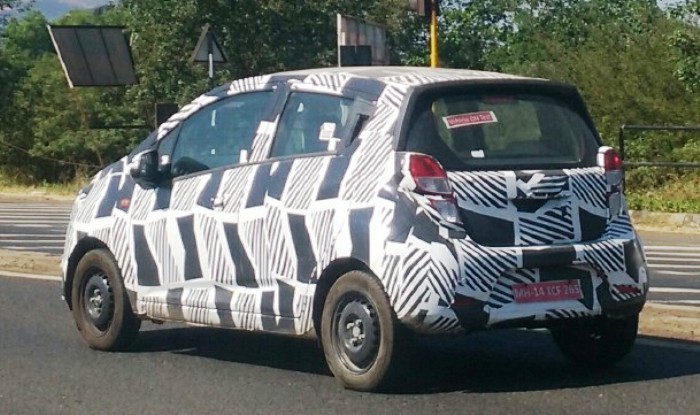 On the mechanical front, Chevrolet Beat 2017 is likely to be powered by the same set of petrol and diesel engine options. The petrol-powered makes use of a 1.2-litre, four-cylinder trim producing 76 Bhp of maximum power with 106 Nm of torque. The diesel engine, on the other hand, has a 1.0-litre diesel engine making out 57 BHP of power with 142 Nm of maximum torque. Both the motors will come mated to a five-speed manual transmission.

Here's the Deal!!! Get a Chevrolet Beat Free on the Purchase of Cruze
Views: 2234