The first two days of the much awaited show- 2016 Delhi Auto Expo, have ended with lots of launches ( from Punto Pure to Audi R8 V10 Plus), popular celebs (from Katrina Kaif to Virat Kohli) along with new cars (from Volkswagen Ameo to Innova Crysta) making way to the Indian shores. Till now, the event was open only for media and business personalities, but after a few hours, i.e. from 5th February, it’s going to open the gates for general audience as well. Excitement at its peak! Right! Well, we can feel it too!

So, now after the end of the first two dates of the event, which saw huge number of launches and unveilings, here’s the compilation of all the major highlights taking place throughout the show. Have a glance at the following list and see for yourself if your favourite car is in there or not! 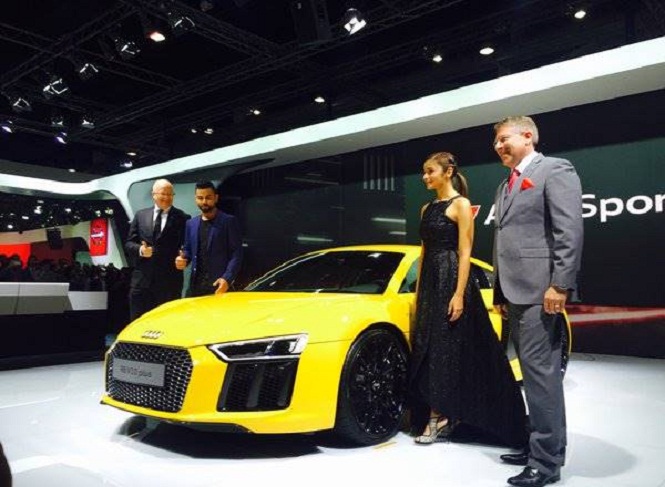 Audi has launched its famous sportscar R8 V10 Plus on the first day of the event, attended by none other than cricketer Virat Kohli and accompanied by gorgeous Alia Bhatt. Other cars include the A8 L Security priced around a whooping INR 9 Crores and the Audi Prologue concept. 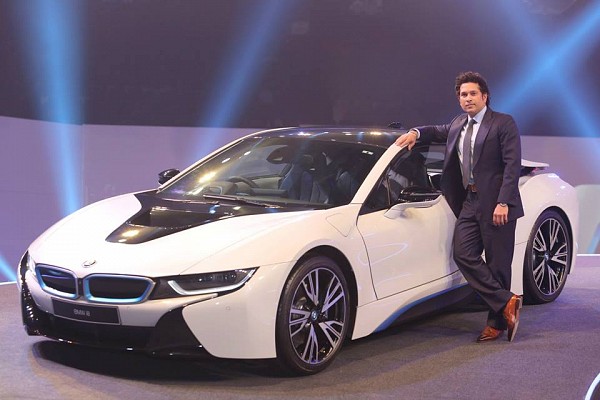 Just like the arch rival Audi, BMW too introduced some of its much awaited models like BMW X1 facelift, new BMW 7 Series, and the i8 model. The last two were displayed by the legendary cricketer Sachin Tendulkar.

The Chevrolet lineup saw a long range of models at the auto expo, most of which are not sold in India presently. These include Essentia, Spin, Camaro, Colorado, Corvette, Beat Activ, Trailblazer and Cruze facelift.

Datsun tried to present itself in a distinguished way by presenting an amalgamation of the past, present and future through its models at the pavilion. The main highlight was the Datsun Go-Cross Concept. 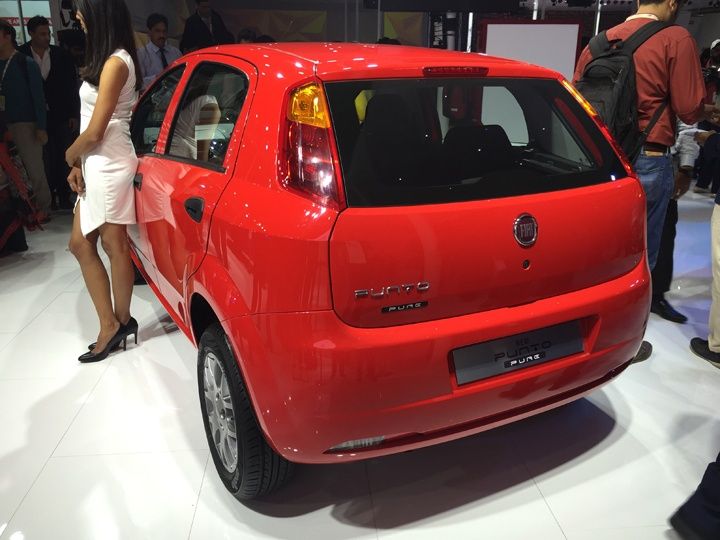 Ford displayed almost all the prominent models present in its lineup like Figo, Fogo Aspire and the newly launched next generation Endeavour. However, the soon-to-be-launched Mustang totally stole the show in a red paint job.

The first two days were not so busy for Honda, as it has only showcased the next generation Accord and the upcoming BR-V. We are still waiting if CR-V is on the cards for the next few days of the show.

Hyundai has unveiled the India bound compact SUV named Tucson, which is going to make a grand entry to the Indian market. Moreover, it also presented models like Carlino, N2025 Gran Turismo Concept and Genesis G90, which will be sold under a separate luxury brand. 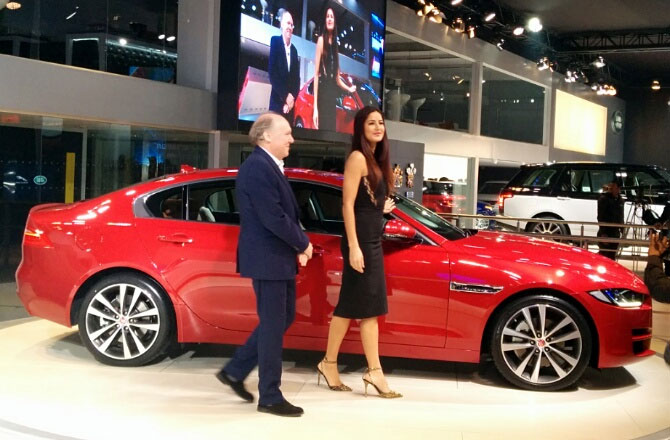 The luxury automaker took the advantage of the moment and invited beautiful actress Katrina Kaif to launch the stunning Jaguar XE, which surely helped the brand to get a few more eyeballs. F-pace, F-Type and XF were also present at the stall, which will be soon entering the Indian shores for sale. 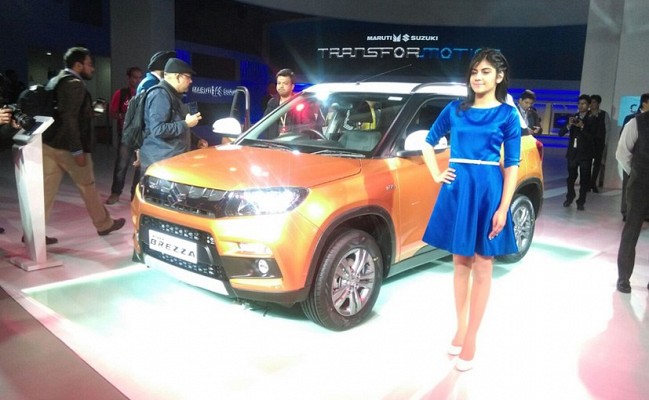 While talking about cars, how can we forget our very own Maruti Suzuki! Well, as expected the upcoming Vitara Brezza made its Indian debut at the very first day. On the second day, the Ignis and Baleno RS concept were spotted at the Maruti Stall.

As reported, the XUV Aero concept made its way to the auto expo in the Mahindra pavilion. Moreover, E-Verito and Ssangyong Tivoli were also seen. For those who don’t know, Mahindra and Ssangyong are coming together with the Tivoli SUV for the Indian market.

Mercedes remained sober with just S-Class Cabriolet and the GLC Class model. We hope, the company is planning to unveil more models in the forthcoming days.

Nissan opted to gain as much attention as it could by exhibiting unique EOLABS robots. It also launched the special edition models of Micra Active and Terrano, which were based on the theme of the forthcoming T20 World Cup Tournament. Legendary cricketers Mohinder Amarnath and Zaheer Khan were the guests, seen at the company’s stall. The brand also announced that it will soon launch the X-Trail and GT-R in India.

Renault was seen flaunting its Kwid model in various avatars like- Kwid AMT, accessorised Kwid,Kwid Climber, and Kwid Racer. Eolab Conept and Project 2 & 4 were also on the display. However, my absolute favourite Duster was presented in its facelift version, which was totally worth the pain of watching so many Kwids, with different names, but almost the same look. Phew!

Tata’s lineup at the expo was quite predictable as it included cars like Hexa, Nexon and Zica. However, seeing the Kite 5 Compact sedan was new and somewhat exciting. It was largely identical to the Zica, for the obvious reasons. Wink !

Toyota went on to display a hybrid model named Prius and the Mirai model powered by hydrogen fuel cell. However, people took maximum interest in Toyota Innova Crysta, because that’s what the next big thing is going to be. Right? 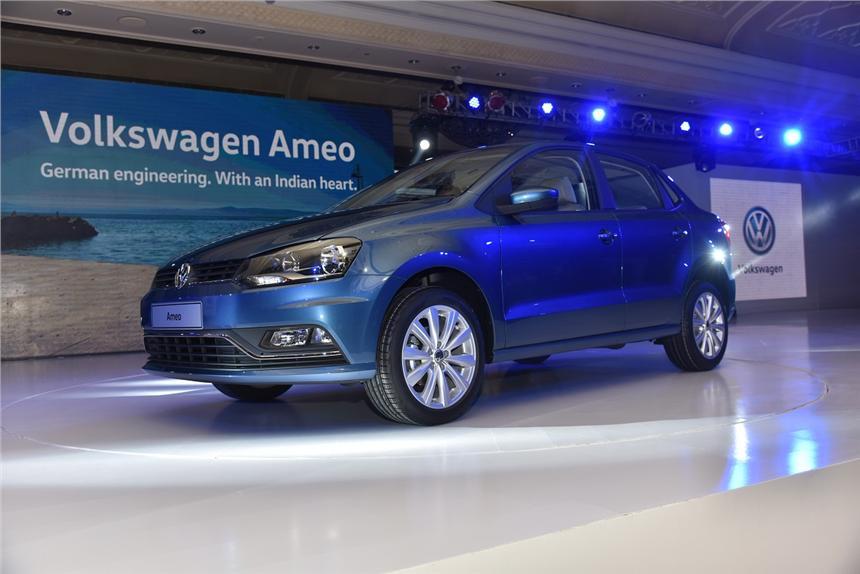 Volkswagen chose to display all its upcoming offerings at the event namely Passat GTE, 2016 Tiguan and Polo GTI, while the limelight was taken away by Ameo.

Mahindra Confirms Next-gen, Will Not Participate in Auto Expo 2020
Views: 5239