Earlier revealed in the global market, Hyundai Ioniq is the first car to be furnished with three different green drive configurations beneath single roof. Three different powertrains include hybrid, plug-in hybrid and fully electric. While the global market has already been celebrating this machine, it is still unclear whether the same excitement can be seen in the Indian market as well or not as the India bound Ioniq is still a mystery.

Perceiving recent changes in the Indian automobile segment like diesel ban over 2000 cc displacement engine and the deregistration of diesel vehicle older than 10 years, it makes sense to launch the green-energy driven model here in the country. Moreover, the Indian government is also offering an incentive to the automobile manufacturers under the FAME scheme in order to boost the sales of eco-friendly vehicles and to take down the giant pollution issue. Keeping all these factors in mind, Hyundai will probably introduce the Ioniq in India soon. 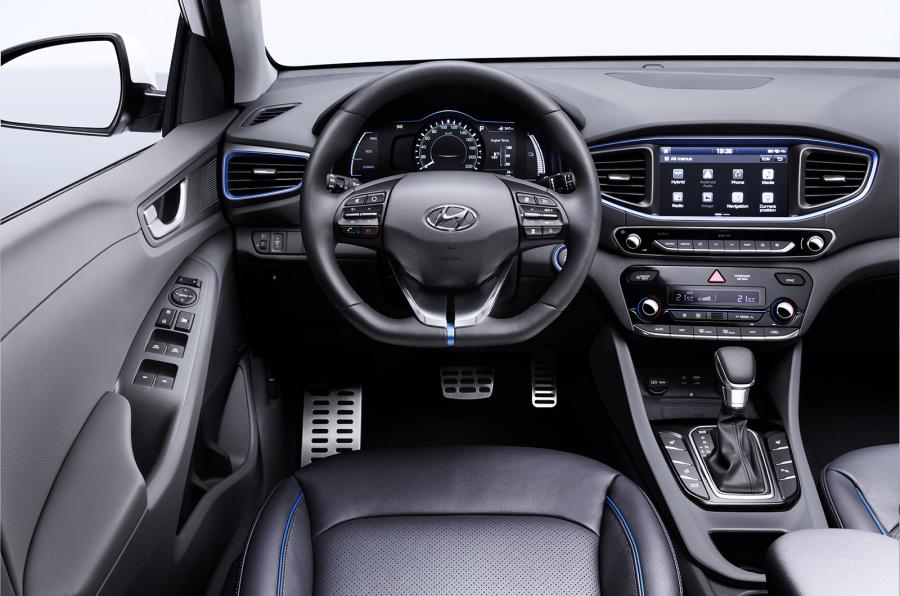 Following the details from international units, the hybrid and plug-in-hybrid trims share the common Kappa 1.6-litre, four cylinder petrol engine that produces 105 Bhp of power and 147 Nm of torque, mated with a 6-speed dual clutch transmission box. In addition, the hybrid version is also packed with an electric motor that generates 43 Bhp of power and 169 Nm of torque. This makes out an overall power of 157 Bhp and torque of 273 Nm. On the other hand, the plug-in hybrid is fitted with a heavier electric motor that fires out 60 Bhp of power and can run the unit around 50 km with an 8.9 kWh lithium-ion polymer battery.

When it comes to the fully electric vehicle, it has got a 28 kWh lithium-ion polymer battery, which is capable of driving the vehicle with an 118 Bhp of impressive power and 295 Nm of massive torque. With this setup, the car can accelerate from 0 to 100 in 10.2 seconds, of course, it isn’t very fast, but good enough to sustain the average driving. 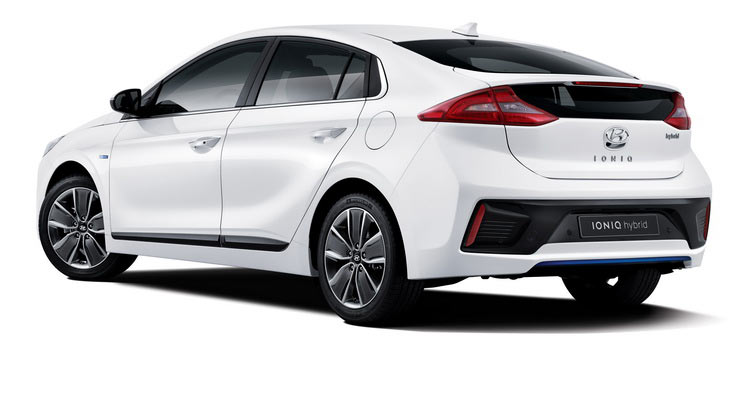 Basically designed to compete with Toyota Prius (slated to be launched in India by this winter), the Ioniq also acquires similar looks like the former and drapes around Hyundai’s Fluidic exterior design. Talking about the  cosmetic front, it gets company’s signature hexagonal grille and C-shaped LED DRLs. Furthermore, it also comes up with LED headlights, 16-inch alloy wheels and charging portal for the battery.

Inside the cabin, it is decorated in an all-black theme with matte-silver outlines. Besides, material used for the cabin is also quite unique. Some of the other noticeable features are a 7-inch TFT information cluster, Apple CarPlay, Android Auto, 7 airbags, autonomous braking, blind spot detection and much more.

Hyundai Santro Anniversary Edition All Set to Launch Soon Ahead of Diwali
Views: 2016