This is exactly what I've been waiting for!! An adventure sports motorcycle making its glorifying debut among the beautiful machines on four-wheels. The Italian motorcycle manufacturer is the one who participated in the ongoing international motor show and showcased its all new Adventure sports motorcycle, i.e. Ducati Multistrada 1200. The ongoing Geneva Motor Show will be concluded on 15th March, 2015 and is being held at Geneva, Switzerland. The Ducati Multistrada 1200 is the only motorcycle making its remarkable appearance among the entire four-wheel machine. 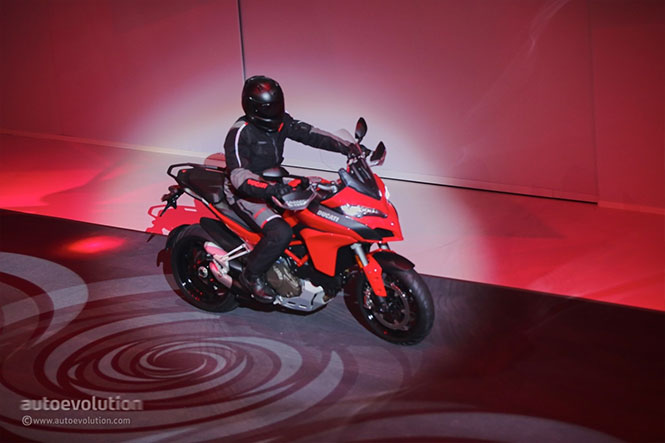 Apart from the Italian motorcycle manufacturer, its competing or rivaling vehicle is also present at the Geneva Motor Show, 2015, i.e. the BMW S1000XR. The Bavarians newly added product demonstrated to be a tough rival of the Ducati Multistrada 1200 in terms of design. The showcased Adventure sports motorcycle is powered by iconic Ducati Testastretta, L-Twin cylinder motor carrying an engine displacement of 1198.4cc. The liquid-cooled engine is capable to churn out a maximum power of 160 BHP @ 9500 revs and achieves a peak torque of 136 Nm @ 7500 RPM. The motorcycle is built around a tubular steel trellis frame. 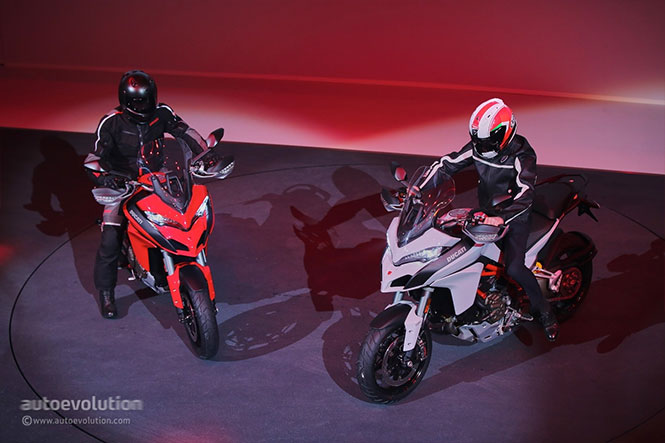 The styling acquired by the Ducati Multistrada 1200 and the BMW S1000 XR is pretty much similar, but both of these give you different riding experience. The backcountry riding skills given to these motorcycle engines are parallel to each other. The wilderness carried in the looks of the Italian motorcycle is expressed by its front beak, just down below the headlight cowl. The dual exhaust tail, split seat, front visor, comfortable riding posture and the stylish curves and cues adopted by the Multistrada 1200 simply works as eye-candy for the trespassers. While showcasing the Ducati Multistrada 1200, Ducati CEO, Claudio Domenicalli was the one riding this motorcycle over the stage. 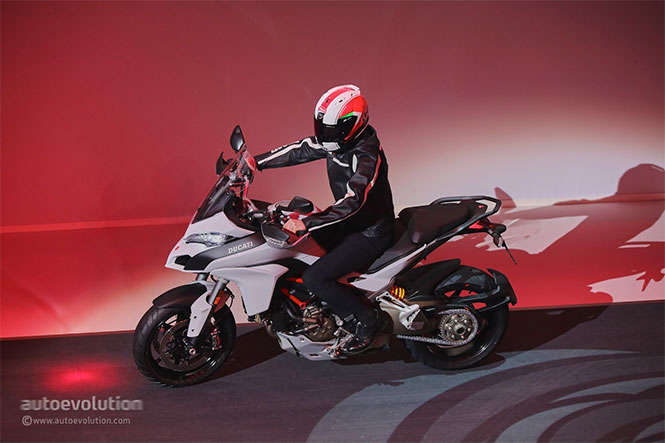 The Ducati is also entering the Indian boundaries quite soon in the month of March, 2015. The firm is currently working over two dealerships in the country initially, one in Gurgaon and second one in Mumbai. The Italian firm is planning to introduce its entire range of motorcycles for the Indian enthusiasts.