At the powertrain, the new Multistrada packs a 1262cc, liquid-cooled, Ducati Testastretta DVT L-twin engine for both the variants. It is a shared unit from brand’s power cruiser model the Diavel. The engine churns out the peak power of 158bhp along with 129.5Nm via a mated six-speed gearbox. In the electronic package, the new Multistrada 1260 gets multiple riding modes, wheelie control, traction control and ABS. At the instrument console, the Multistrada 1260 gets full-colour TFT display with Ducati Multimedia system. 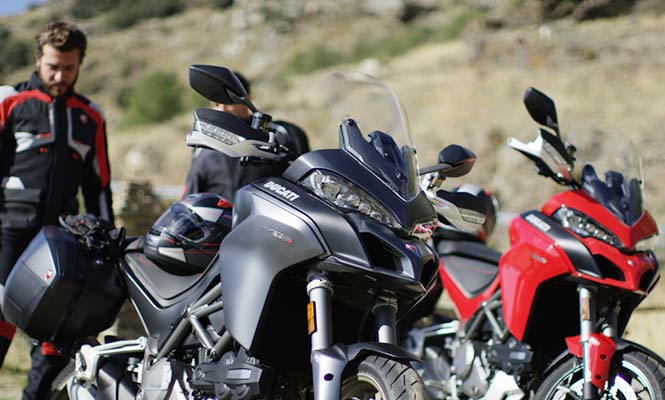 On the suspension setup, the top end Multistrada 1260 S variants get a 48mm front forks and rear monoshock from Sachs. Both these fitments are electronically adjusted by the Ducati Skyhook Suspension setup. The braking duties on the Multistrada 1260 is handled by 320mm twin front discs in association with radially mounted 4-piston Brembo callipers and a single disc brake with Brembo sourced 2-piston callipers. The 1260 S variant receives 10mm larger front disc with Brembo Monobloc M50 calipers. The Dual channel ABS is being provided as a standard fitment.

The company is offering a single Red colour option for the standard Multistrada. Whereas the top-of-the-line Multistrada S variant is available to choose from the options such as Grey, Red and White.