Ducati has raised off the curtain from its all new 2016 MotoGP bike, the Desmosedici. The motorcycle was unveiled at the Ducati Auditorium in Borgo Panigale, Italy and now gets a brand new attire. The launch event witnessed the presence of Ducati CEO Claudio Domenicali, Ducati riders Andrea Lannone and Andrea Dovizioso, Sporting director Paolo Ciabatti, Team Manager Davide Tardozzi and Ducati Corse General Manager Gigi Dall'lgna.

Talking about the principal change in the new Desmosedici, there's a fresh united ECU software, adding Michelin tyres replacing the Bridgestone ones that were there on the earlier model. The design cues have been taken care by Dall'lgna and many a times the bike was spied performing its test rounds in the past. There are Ducati-signature 'winglets' painted in white, which are again one of the impressive modifications. 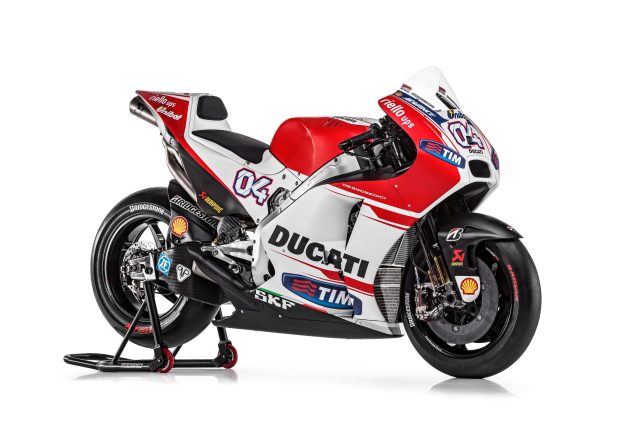 “We had minor issues in the first two tests but we showed improvements at Phillip Island. I believe we have all what it takes to lead, I have high expectations for the Qatar test.", said, Andrea Dovizioso, during the event.

“I think it's a good bike, we went through a positive year in 2015 and made a step forward. 2016 will be difficult because we have high expectations and we have to be up to the task", added Andrea Lannone. 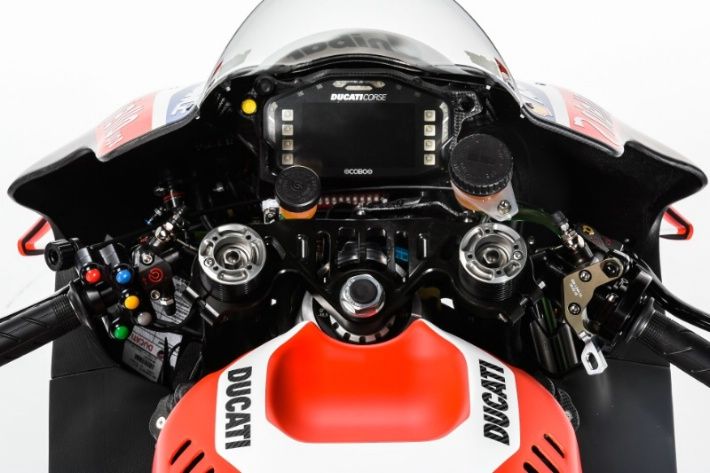 Initiated back in 2003, the Ducati Desmosedici has assisted a lot and led to win the company by Casey Stoner MotoGP title in 2007. Even after disjoining his arm two times, Andrea Lannone has performed really well in the World Championship and got fifth position, while Dovizioso secured seventh.