Eventually, the Chinese-owned celebrated giant, Benelli has unwrapped the ready to serve model of the middleweight adventure tourer-the TRK 502 at the EICMA 2016. The motorcycle has already been displayed at the same event, last year.

Further, it was the part of Benelli’s revived and upcoming models showcased at the India’s 13th grand motoring event, 2016 Delhi Auto Expo. From the projected products, the Leoncino and the Tornado 302 were the highly anticipated models in distinct categories of Scrambler and Sportsbike respectively. The TRK 502 and the Tornado 302 were announced to come by the end of this year. Whereas, the Benelli Leoncino launch has been slated for 2017.

Have a look upon: Full-Fledged Benelli Leoncino Model Showcased at EICMA 2016

Last month, as we reported, the launch of Benelli TRK 502 has been rescheduled to launch early next year, due to endurance check and other testings at ARAI. 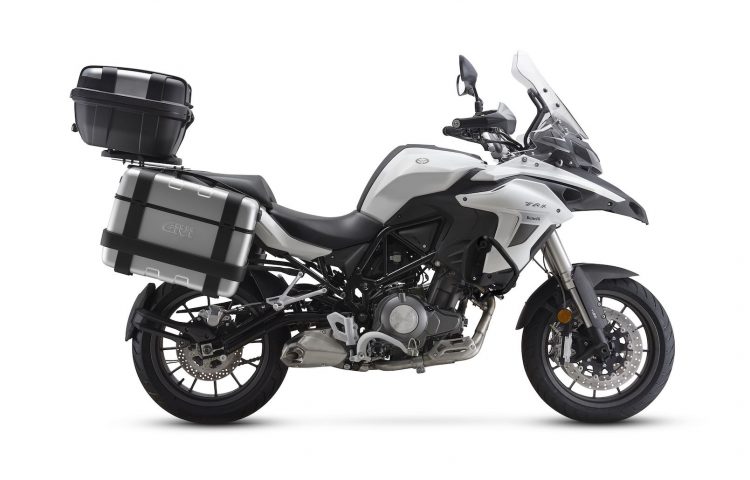 Evidently witnessing a taller wind- screen and black tailpiece in spite of white featuring of the exhibited TRK 502 concept at the EICMA 2015. Packed with a newly developed powertrain of 500cc liquid-cooled engine, the adventure motorcycle uses the churn power of 46 bhp at 8500 rpm and 44.74 Nm at 5000 rpm. The engine assembly is mated to a six-speed gearbox which is in association with hydraulic clutch for a quicker gear shift. The 50mm beefy USD front forks and a rear mono-shock have absolute authority of absorbing shocks. While, braking duties comes under the control of disc brakes at both wheels.

The automaker has confirmed, the TRK 502 adventure will be offered in standard and off-road version. The sole difference in these said trims is the equipment of different size wheels and tyres fitting. The base model runs on 17-inch aluminium alloy wheels wrapped with normal tyres. Whereas off-road iteration use 19-inch front and 17 inch rear wheels featured with nutty tyres for providing a true off-roading experience.

In the Indian market, expected to be placed beneath the TNT 600GT, the TRK 502 will be available to retail in the price bucket of INR 5.5 lakh- 5.8 lakh (ex-showroom, Pune).

Benelli India Dealership Network to Get 40 New Showrooms by This Year End
Views: 2505