Ford’s recent partnership with Mahindra has a wide-ranging scope in the Indian market. Both the car makers are actively working together on different car aspects starting from engines, SUVs, sedans and up to electric cars. However, the big news for the SUV lovers in India is that Ford is bringing an all-new C-segment SUV into the Indian automobile market by the end of 2020. The car lovers in India have a lot to cherish about as the newly introduced C-class SUV by Ford will offer a true Ford SUV feel that to at a competitive price range.

Ford will definitely taste success in the Indian market with its new offering considering the fact the car maker company is giving precise attention to the exterior and interior design of the car to register it into the premium SUV Ford category, unlike its competitors W601 or XUV500. As the elite’s say “it will drive like a Ford, ”unlike a mid-range sedan designed to give it a SUV feel.

Although, at the exterior side of things, both the new generation Mahindra XUV500 and Ford’s C-class SUV will feature similar doors, windscreen, and windows. But, Ford’s C-class SUV will house a large crowl, wider grille, head-mounted headlamps, and precisely designed flashed-out wheel arches. The new version of Ford SUV is also expected to come up with wider wheels, LED lights, and increased cladding. Such features are noteworthy and can give an edge to Ford’s new SUV offering over its rivals. 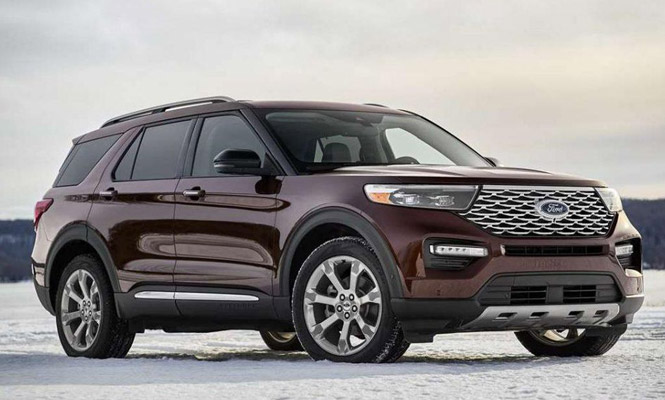 We can also expect a slightly different dash and instrumental console in Ford’s new SUV in order to provide a premium feel to the users. The confidential information leaked from the industry sources also revealed that the internal look and feel of the new C-SUV would be different from the earlier SUVs offered by Ford. While making comparisons between the SUV offerings from both the legendary SUV car markers, it is clear that Mahindra is more ready to take on the SUV market in India from the rivals like Creta by offering a seven-seater XUV500 with features like longer wheelbase, new-gen advanced BS-VI engine. Following the Mahindra’s pathway, Ford is also expected to launch a seven-seater version of its new C-SUV and a six-seater version for the Indian upmarket. However, both the cars will house a similar new multimedia system along with a bigger touchscreen.

To make this new partnership more fruitful and eye-catching, Ford’s C-SUV will make use of the Mahindra’s next-generation BS-VI complaint 2.0-litre diesel engine. The new engine of Mahindra will also come with a six-speed gearbox as reported from Mahindra. In this partnership, Mahindra is also looking to cash-on the state-of-art technology of Ford. In this partnership, Mahindra will make use of Ford’s new Dragon petrol engine in all of Mahindra & Mahindra compact SUVs. Thus, a win-win situation can be clearly seen for both the automobile giants that will ultimately benefit the end consumers in India. The pre-availability of ESP, automatic transmission, and hill-descent control is also expected to be a part of the future SUV range offered by Mahindra.

What’s more interesting in Ford C-SUV is its production demographics. The car is expected to be majorly developed by the Indian Product Development wing of Ford. Although a lot of design inputs will be provided by the APAC PD, Australia related to the tuning of dampers, springs, and steering in the C-SUV. However, a majority of the production-related work will be handled by the Indian product development team. We are still unsure about the name that will be given to this new C-class SUV by the Ford, but it will certainly start with the letter E like all the other Ford SUVs. We also expect that the new C-SUV will be a game changer for the Ford when it comes to the Indian automobile arena.