GST Effect on Bikes and Cars Prices in India

After a lot of hubbub, ultimately the Goods and Services Tax (GST) has been implemented in the country from today. With this new tax structure there were chaos among the masses that how GST will effect the prices of bikes and cars in India. The prices will increase or go down. But the GST has brought a breeze of fresh air for those, who are wishing to buy a new vehicle. As the GST tax rates are lower than the rates applied before.

With the all-new GST tax rates, buyers will receive a price cut from the minimum of Rs 1000 to maximum, Rs 5,000 on two-wheelers. As the bikes below 350cc engine capacity attract 28 percent tax rate in GST, around 2.2 percent lesser than the previously applied rates, which were 30.2 percent. While the tax rates for bikes with above 350cc engine displacement will be 31 percent (28 percent GST+ 3 percent additional cess). The most confusing bike model for the customers was Royal Enfield Classic 350, which is high in demand and will only attract 28 percent tax rates.

At the purchase of cars, the price reduction will depend on the segments of cars.

Small Cars: The cars including Alto, Swift, i20 Elite, etc. will fall in this bracket and attract the price drop ranging from Rs 6,500 to Rs 15,000. The implied GST rate on this segment will be 29 percent as compared to the 31.4 percent of the last tax regime.

Mid-Size Cars: in this category, the sedan cars such as Honda City, Hyundai Verna, Maruti Ciaz and Volkswagen Vento will be included. The implied tax rates on the sedan will be 43 percent, 3.6 percent lower than the earlier applicable 46.6 percent rate. The gained reduction on the purchase of sedan will be minimum of Rs 30,000. 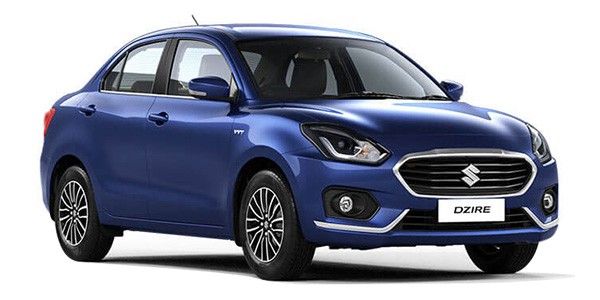 Luxury Cars: The luxury car segment is one of the most beneficial one in all. Now the cars from brands such as Mercedes-Benz, Audi, BMW, Jaguar and Land Rover will attract the price cut of Rs 1.25 lakh to Rs 7 lakh with a huge reduction of 8.8 percent in imposed tax rates. As the GST rates for this segment is 43 percent in the contrary of 51.8 percent in earlier taxation.

SUVs (Sports Utility Vehicle): The buyers who were planning to purchase this genre car were so puzzled as the SUVs were rumored to become costlier. But, the GST consequences are completely different as the segment received highest in all rate cut of 12.3 percent at 43, as against to the previous 55.3 percent tax rate.

Hybrid Cars: This is the only car segment which got a whopping hike of 13 percent in tax rates. The new GST tax rates on hybrid cars are 43 percent, which was 30 percent in the previous tax structure. Well, hybrid cars are not that popular in Indian automotive industry so this is not a big matter of concern.

MV Agusta Turismo Veloce and Dragster RR Likely To Be Available in India by 2018
Views: 3663