Honda Motorcycle and Scooter India have amazed their fans by showcasing an impressive product line-up this year at the ongoing Auto Expo. Amidst launching and showcasing various new and updated products, the auto-maker has also unveiled an updated version of the sporty CB Unicorn 160, which features a Matte Grey paint livery all over the body. Other than that, the motorcycle persists same mechanical and technical stuff as the current Unicorn 160.

We Also Recommened: Top 5 Bikes that Got More Attraction at Auto Expo 2016

Back in December 2014, the Japanese two-wheeler manufacturer launched CB Unicorn 160 in two variants in, which one was standard and another was with CBS (Combi-Brake System). As per the dimensions, it is scaled to be 2,045mm long, 757mm wide and 1,060mm high. Additionally, it has a wheelbase and a ground clearance of of 1,324mm and 150mm respectively. Underbelly storage capacity is about 12 litres. Suspension configuration has been composed of telescopic forks at the front while the rear is equipped with spring loaded hydraulic monoshock. The safety concerns are taken appropriately via 240mm disc brake up front and 130mm drum at the rear. 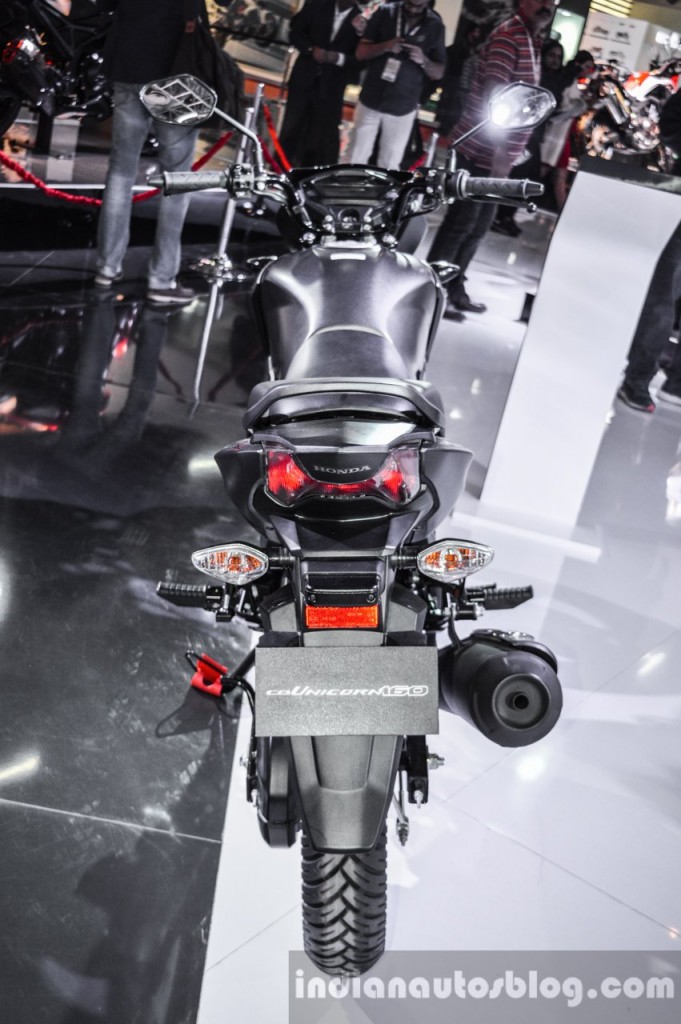 Power in the bike is comes from a 163cc single cylinder, air-cooled engine, which delivers 14.5BHP of power @ 8000 RPM and 14.6NM of torque @ 6000RPM. All power is sent to the rear wheel via a five-speed transmission unit. Maximum speed claimed by the company is 106km/h.