The Honda CBR500R is getting a run to receive a new makeover for 2016 model, indeed, the Japanese two-wheeler maker has released teaser images of its updated CBR500R that will make it global debut at the 2015 American International Motorcycle Expo (AIME) that will be held in Orlando in Florida. Moreover, Honda says that the firm has updated CBR500R for the 2016 model lineup, with the teaser image showing a slightly different set of bodywork, and a stylized exhaust canister. One can assume that the engine and chassis see minor modifications, if any changes at all. 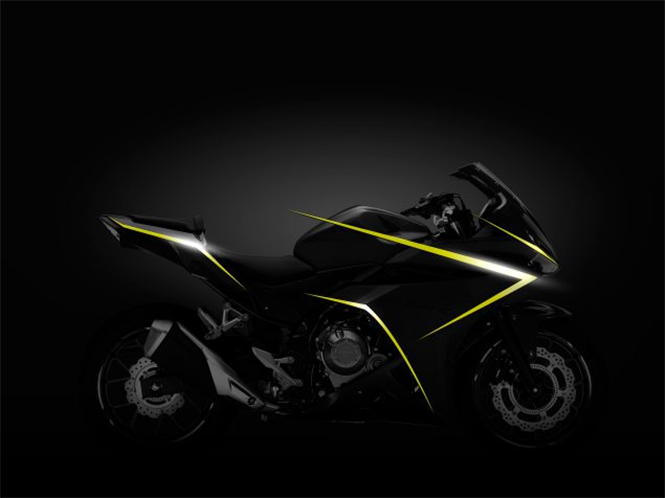 The middle-weight motorcycle has received an array of dynamic components that include upgraded forks with adjustable preload suspension, a new exhaust unit, an adjustable brake lever and massive fuel tank. The 2016 model looks more combative with its new dual LED headlight setup. In addition of the teaser images, the company has not revealed much about the 2016 model, but we have to wait and see what the company will bring new in this motorcycle. 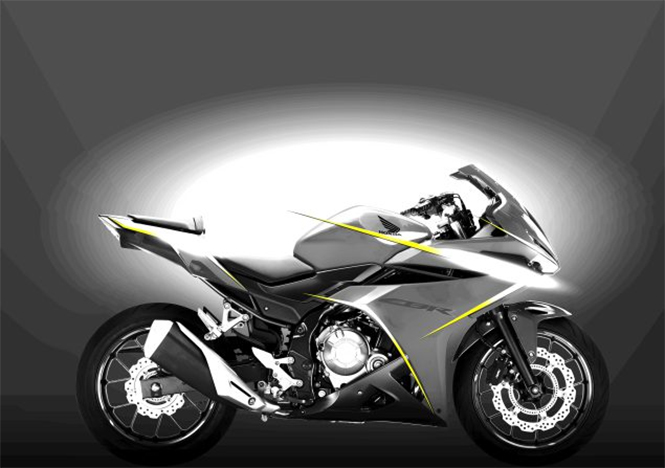 The press release from Honda states “Honda Motor Europe is pleased to announce a comprehensive range of upgrades for the CBR500R, its sports middleweight first launched for the 2013 sales season. The CBR500R’s combination of lively performance and sports styling has earned it widespread popularity both among riders stepping up from smaller machines and experienced riders looking for all-round sporty capability.”

Spec-wise, the 2016 Honda CBR500R is essentially a carry-over from the naked CB500F and CB500X, that’s mean it would be received same technical updates.