Now, this is what I would call real breaking news for motorcycle enthusiasts. For those, who are eagerly waiting and dreaming to buy the Super sports motorcycle. Yeah!! The one and only Supercharge engined motorcycle, Kawasaki Ninja H2, has finally touched the Indian tarmac. The Super sports motorcycle is now available in India. The manufacturer has also commenced the bookings for this newly introduced beast. Well, this beast over the road carries an amazing beauty along with it. After one month teasing, the firm has revealed these Supercharged monsters at the INTERMOT and EICMA motorcycle shows.

Coming back to the point, the Kawasaki Ninja H2 is available in select Kawasaki showrooms carrying a hefty but worthy price tag of Rs 32 Lacs (On-Road Maharashtra). The H2 aficionados could be able to book their dream super sports motorcycle by paying an initial amount of Rs 10 Lacs, as booking amount. Moreover, the firm has initially offered only 5 H2's for Indian portfolio and 4 of them are already sold out. Shocked!! 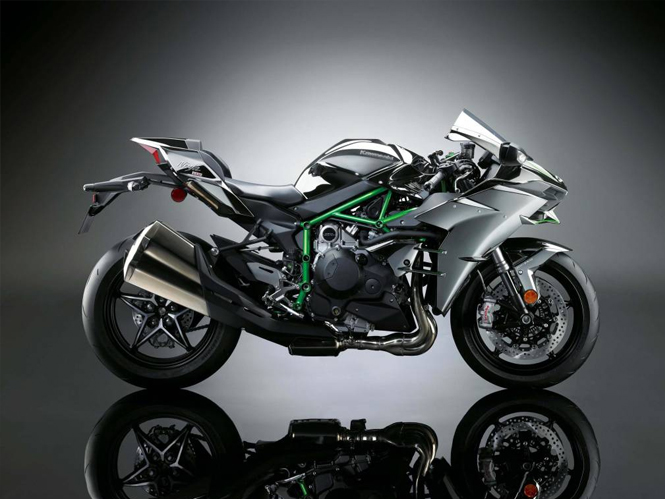 Mechanically, the Kawasaki Ninja H2 is a street-legal version of the Ninja H2R. The Ninja H2R is a track-focused version, which is especially designed to run over the racing tracks featuring 296 BHP of power. The road-legal version is powered by the very same liquid-cooled, DOHC, in-line 4-cylinder configuration. The 998cc displaced engine is de-tuned to belt out a maximum power of 200 BHP and a peak torque of 133.5 Nm. The power plant is mated to a 6-speed transmission. 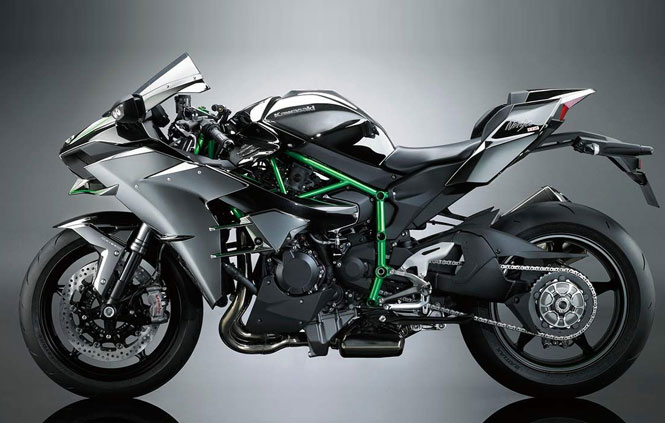 The firm has installed various advanced electronic equipments such as KTRC (Kawasaki Traction Control), KLCM (Kawasaki launch Control Mode) and KIBS. The Super sports motorcycle is built around a high-tensile steel trellis frame and one-sided rear swing-arm. The Ninja H2 is loaded with dual semi-floating disc brakes incorporated with ABS (Anti-Lock Braking System). The deliveries will be commenced by the month of March, 2015. And, the Supercharged engine Kawasaki Ninja H2 will be displayed in showrooms by the coming year.