Husqvarna Svartpilen 401 and Vitpilen 401 motorcycles will feature Rekluse sourced semi-automatic gearbox. The information is confirmed by AdvRider that both the brands have entered into an association for the said gearbox unit.

Earlier, both the models in question comes equipped with a 6-speed manual gearbox shared from the KTM Duke 390. The upgraded semi-automatic gearbox will aid those riders took their bikes off-roads, in the grasslands, on the tracks, in city traffic, etc. the semi-automatic gearbox from Rekluse ends up the issue of stalling in mentioned riding situations. Beneath the fuel tank, both the Svartpilen and Husqvarna Vitpilen 401 gets power from the single cylinder 373cc engine performs propelling duties on the KTM Duke 390. The engine is rated to develop the maximum power of 44 PS along with 37Nm of peak torque via a mated 6 speed manual transmission. It is being expected that with the inclusion of Rekluse semi-automatic transmission, no change in the power and torque is likely to witness.

Now the question arises, how does a Rekluse gearbox work? Infact, the Rekluse gearbox setup uses Radius X Centrifugal clutch kit that’s considered simple in working and budgeted in amount. The existing owners are also being availed to upgrade with this feature at their nearest dealerships. 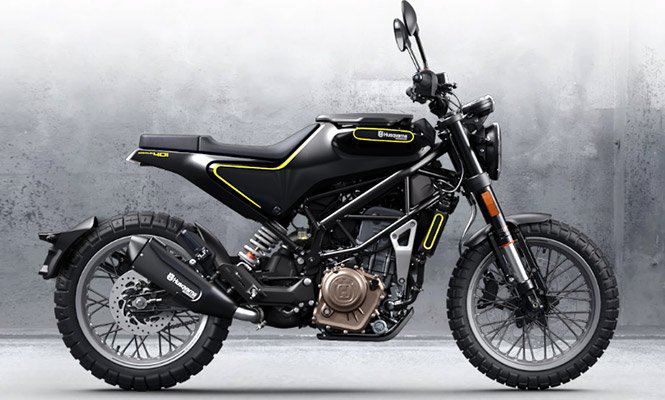 Designwize, both the Husqvarna 401 Svartpilen, Vitpilen are slightly different albeit they feature common components such as LED headlamp, front fender, radiator and rear LED lamps. Runs on 17” alloy wheels, both models suspend over 43mm upside down cartridge forks in the front and WP suspension at both ends. The braking department is handled by discs of measuring 320mm upfront and 230mm at the rear both the units are sourced from ByBre. In addition to this, the ABS is a standard fitment from Bosch.

Reportedly, the bikes will hit the country via CBU route initially by September 2019. The sales and service for the models will be taken care by the existing KTM India dealers. Later in time, the manufacturing of both these models will also be managed at the Bajaj’s same production capacity develops KTM bikes. Once that happens, India will be renowned as an exclusive hub for the production of Husqvarna Svartpilen, Vitpilen 401. Here in India, both the bikes will be debuted as premium motorcycles with the price tag around INR 3 lakh ex-sh.