2nd October has become a black day for the American bike maker, Regal Raptor. As per the report, the Hyderabad showroom of the company is destroyed by a ferocious fire. The fire ruptured inside the outlet at 1:20 AM on 2nd October due to a short circuit in the server room. After that, at 1:45 AM, a security guard who was guarded in opposite building noticed that smoke was coming out from the showroom. 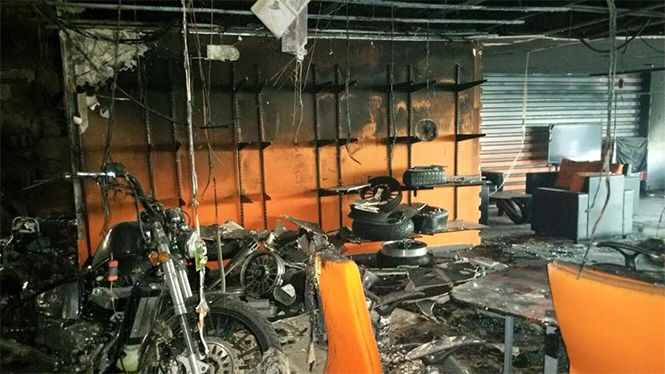 Moreover, before arriving, the fire was spread in entire dealership. After 15 minutes, the fire was brought under control but till that time, the property of company worth around of INR 2-2.5 crore was damaged including bike, spare parts, Acs, expensive riding gear, etc. By good luck, no one was effected by the fire. Interestingly, not any fire safety features were placed in the building. Therefore, this is also a big reason of huge damage. 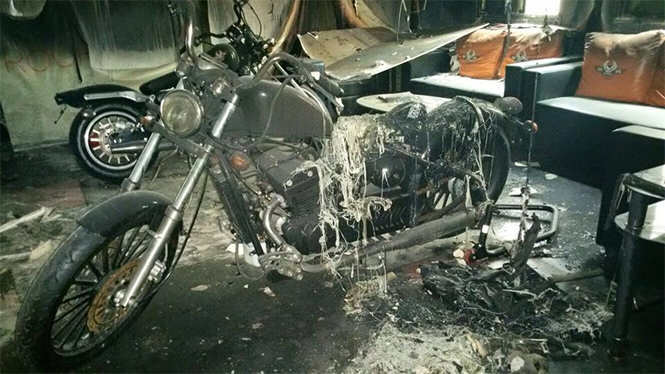 Interestingly, the Regal Raptor commenced their operations in India earlier this year in June. Company showcased their products at the 2015 Hyderabad Auto show with the collaboration of FAB motors. After that, The company opened their first Regal Raptor dealership which was situated at road number 36, Jubilee hills, Hyderabad.