In the long series of the leaked news of the Hyundai’s much-awaited small SUV, the latest is about the possible launch date in India. According to the latest update, the first-ever compact SUV from the South Korean auto manufacturer may witness its official unveil in India on April 17, 2019. The Hyundai QXi, which is also often associated with the name ‘Styx’, is likely to make its global debut at the upcoming New York motor show scheduled in April 2019.

The India-bound compact SUV from Hyundai may or may not feature the same styling as its international variant. It is expected to be officially launched for production in India by mid-May this year.

The latest leaks which had surfaced last week showed a car partially covered yet clearly showing the design and exterior features of a small SUV. As we already know, the Hyundai QXi will have a square-out shape, much like mini-Creta, but it will sport modern Hyundai styling. Other exterior highlights include Slit-like LED strips, Hyundai’ motors trademark cascading grille, diamond-cut alloy wheels, LED tail-lamps, etc. 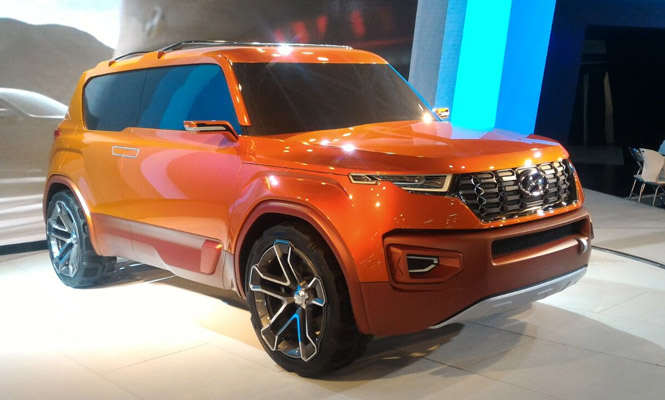 In terms of interior, the new Hyundai compact SUV is expected to bear premium fit and finish as standard. The teaser showed the presence of a single sunroof and the car is also likely to get ventilated seats, first in the segment. Other interior features include a large touchscreen-based infotainment system with Apple CarPlay and Android Auto.

As of now, there is no information about the price of the Hyundai QXi, but seeing the premium features and looks, it can be expected to bear a high price. The SUV is likely to compete against the likes of the Maruti Suzuki Vitara Brezza and Mahindra XUV300. More details about the QXi’s prices, variants, features and specifications will be revealed as the car goes on sale by mid-May.

Hyundai Santro Anniversary Edition All Set to Launch Soon Ahead of Diwali
Views: 5987