If Approved, India Might host the next season of Formula E Racing Championship

When it comes to Formula E championship, all petrol heads and auto enthusiasts are seem to be eager to join the thrill and excitement. It gives a more thrilling experience than attending any Auto Expo. It can’t be more wonderful if the next season gets organized in India. It will be a great opportunity for the domestic racing car makers to participate in the event. Mahindra is also very keen to get it approved soon.

The chairman has been in talks with the senior Govt. officials for making it happen in the nation. Moreover, Mahindra is sure to participate in the event along with the other eight prominent racing teams who are recognised internationally. 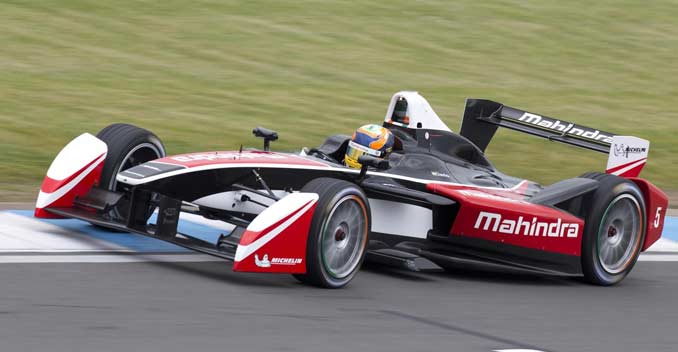 FIA (Fédération Internationale de l’Automobile) had already considering to host the event in India but it is waiting for the approval of the government. If it gets approved, the event is likely to be hosted at cities like Delhi, Bangalore or Mumbai which depends on the final preference. According to the calendar, the Formula E series complies of 11 races, which shall be hosted in major cities of Asia, America and Europe.

The Formula E Championship will witness the participation of racing cars that are battery powered. The cars will take just 3 seconds to go from 0-100 km/h. Moreover, We might see Mahindra racing to be a part of this event.

Formula E Racing to Come in India via Mahindra
Views: 1724