Peugeot has finally unveiled the second generation of the 3008 crossover model. The french automaker introduced it initially as an MPV but it gradually intended to become crossover. The model was first showcased at the 2014 Paris Motor Show with the name Quartz concept. Now, it has been tagged with the Peugeot brand, which is based on the automaker’s flexible EMP2 platform.

The exterior looks more compact with certain enhancements in the styling and accessories. It includes a butch front, flared wheel arches, sloping rear roofline and descent amount of chrome finish. The wheelbase has been stretched to 2675mm and the car offer a boot space of 520-litres, which can be increased up to 1580-litres by putting down the rear seats. 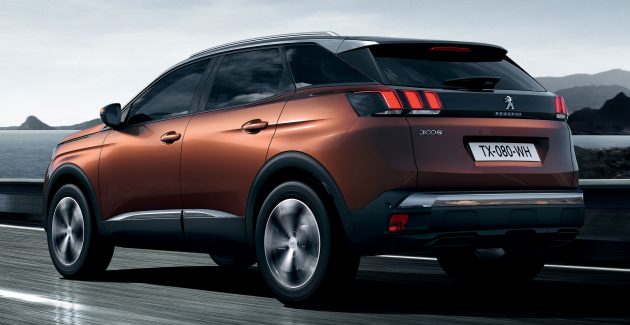 The features assembled on the car is based on the price point. It offers an array of value added features such as eight-inch touchscreen infotainment, climate control, power windows and a fully digital instrument cluster in the central console. Mechanically, the crossover offers three-cylinder and four-cylinder petrol and diesel engine option across all trim levels. The engines are likely to come paired to a either a six-speed manual or a six-speed automatic transmission.

As per the sources, the car will be making its public debut at the upcoming 2016 Paris Motor Show in October. It is likely to arrive India as early as possible. In the Indian market, the car is likely to rival with the C-segment competitors such as Honda BR-V, Renault Duster, Nissan Terrano and the Hyundai Creta. Also, Peugeot is planning to bring more anticipated models along with the 3008 2nd generation to India by 2018.

Mahindra to delay launch of its 125cc Peugeot Scooter
Views: 1152

Peugeot To Re-Enter Indian Auto Market Via partnership by 2018
Views: 946