It's been a long time since we all are eagerly waiting to have some high-engined sports motorcycles from Yamaha. For the last several months, the firm was planning to launch the most anticipated Yamaha R25 over the Indian ground, but it seems that it will be replaced with another higher version of the sports motorcycle. The Japanese automaker has showcased its all new India-bound Yamaha R3 at the ongoing 36th Bangkok International Motor Show, 2015. The Yamaha Motor India has already brought down some units of the upcoming sports motorcycle in India for R&D purpose. 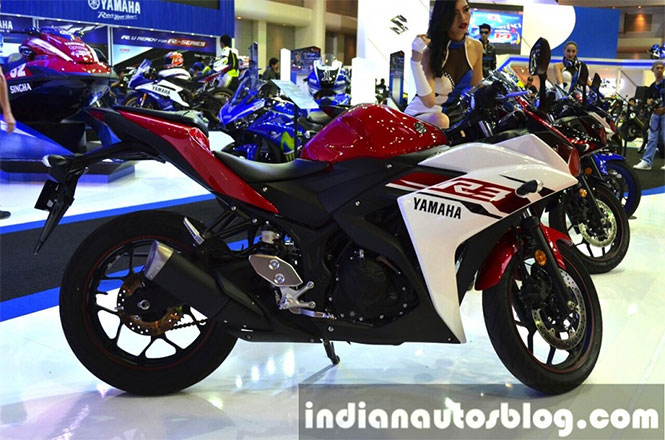 Mechanically, the Yamaha R3 is powered by an in-line, twin-cylinder motor carrying an engine displacement of 321cc. The liquid-cooled, DOHC engine is mated to a Constant Mesh 6-speed transmission and is tuned to generate a maximum power of 42 BHP and achieves a peak torque of 29.6Nm. For the first time, the Yamaha R3 has made its public premiere at the EICMA, 2014. The EICMA took place in the month of November, 2014 and was being held in Milan, Italy. 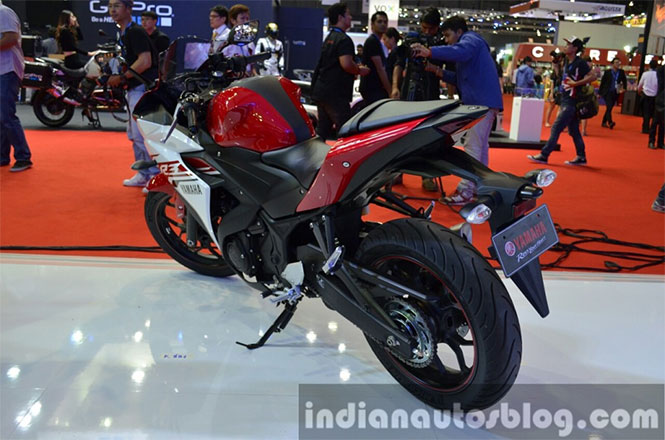 In terms of engine specifications and pricing, the Yamaha R3 is positioned above the R25. The Yamaha boffins have installed the R1M's racing DNA in the 321cc displaced engine. The top-notch features of the upcoming Yamaha R3 are a direct drive camshaft, forged and low-friction pistons, carburized conrods and sporty diamond type frame. The sports motorcycle has acquired the very same R-series styling and aggressiveness in its performance. 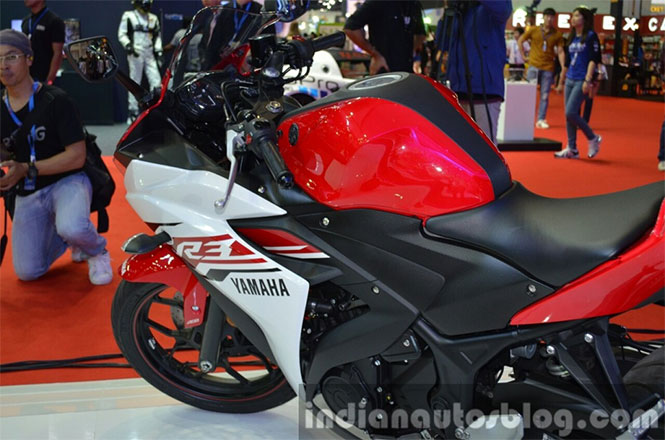 The stopping power has been taken care by hydraulic single-disc brakes at both front and rear. The disc brakes are incorporated with 17-inch 10-spokes cast wheels. The telescopic front fork and swingarm at the rear are performing their duties in order to achieve an amazing performance over the race tracks.

However, when the Yamaha R3 will be turning towards the Indian shores is not yet confirmed by the Yamaha Motor India. Eventually, we can only expect to get the launching date of the expected sports motorcycle asap. Stay tuned with SAGMart to know more about the launching of the Yamaha R3.

Yamaha Alpha will cut the Ribbon for Chennai Plant in November
Views: 2372