Kawasaki Motorcycles Prices in India Increased by up to 7 Percent

Kawasaki India has increased the prices of its motorcycles by up to 7 percent. In the existing lineup, the pricing of models except the Ninja 300 and the Ninja ZX-6R will be affected with this price hike. However, the mentioned models will continue to be offered at the price tag of INR 2.98 lakhs and INR 10.49 lakhs each. 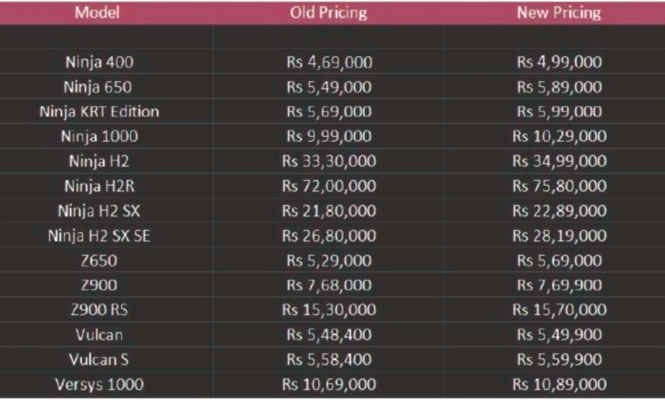 In the lineup, the models which also witnessed a considerable hike in pricing includes the Vulcan, Z900, Z900RS, Ninja 1000, Ninja H2, and H2 SX. As per the Kawasaki, an increase in production cost and fluctuation in foreign exchange rates are among the reasons behind the implied hike in Kawasaki bikes’ pricing.