What is the Latin NCAP crash test? 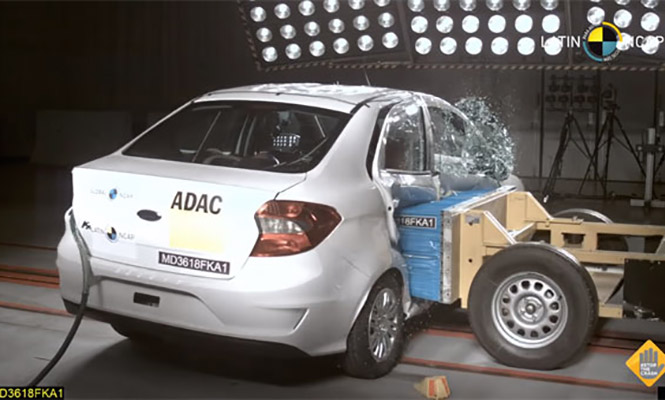 Overall the Ford Figo (Ka in Latin America and the Caribbean) has been found to offer average protection for passengers. It has however succeeded in improving side impact performance for adult occupants which was earlier zero-rated during 2017 tests. But chest protection in case of side impacts remains a concern. Other than this new structural improvement in the B Pillar and addition of shock (energy) absorption elements for side impact ensure adequate adult safety. Child safety has improved considerably on the KA 2018 with significantly improved frontal and side impact elements.

Alejandro Furas, Secretary General of Latin NCAP noted that KA’s safety improvements are encouraging but it is still a far cry from those seen in European versions. Some key highlights from the test that show Ford KA 2018 in poor light include: 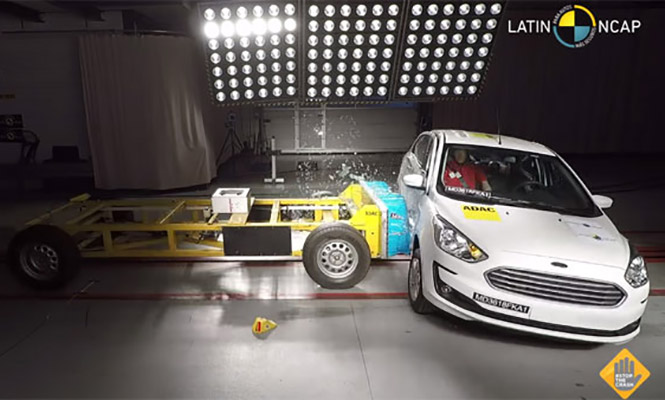 The Indian Ford Figo comes equipped only Passenger Airbag, Rear Seat Belts, Side Impact and Front Impact beams, ABS and EBD as standard. ISOFIX Child Seat Mounts, Pretensioners & Force Limiter Seat Belt, Rear Side Airbag are absent. Currently, Ford India prepares for the launch of its Aspire, an updated Figo-based compact sedan, on October 4, 2018. The new Aspire borrows looks and equipment from Figo. It will be powered by the new 96hp, 1.2-litre petrol engine which also powers its sibling i.e the Figo hatchback.