In 2020, a new flagship SUV will be launched by Lexus. In the starting of the year 2018, the new SUV of Toyota’s luxury vehicle arm was showcased in the concept form at the Detroit Motor Show as the ‘LF-1 Limitless’. The concept of new SUV was a luxury crossover SUV with a futuristic and sharp design. 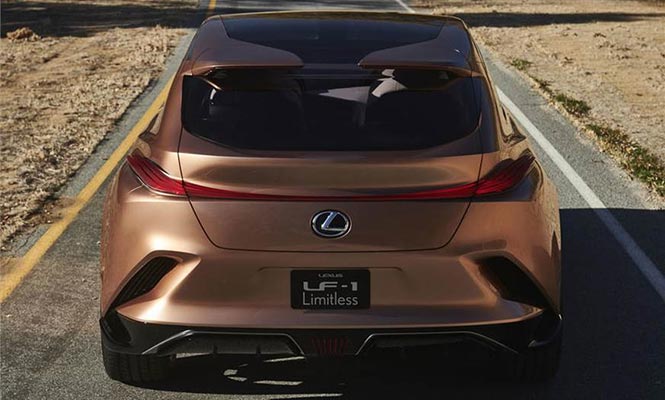 From the 'LS' flagship sedan the production-version SUV might have 3.5-litre V6 layout that will give out 424hp. A hybrid variant might be in the process which will be attached with dual electric motors.

The curiosity that is surrounding is the 660hp, twin-turbo V8 engine which is presently powering the ‘LS F’ which might also give the production-version LF-1 Limitless. The ‘F’ variant of the Lexus SUV will give the competition to the rivals- Bentley Bentayga and Lamborghini Urus.

India Gets Its First Lamborghini Urus In Mumbai
Views: 2237

Lamborghini Urus Launched In Country With A Price Tag Of Rs. 3 Crore
Views: 1754