A new variant of the Mahindra Mojo that was in talks from a long time, has been seen at the selected Mahindra dealerships. Based on the same Mahindra Mojo platform, the model has been launched and is being said to be the more accessible Mojo sibling till now with the expected price of INR 1.5 lakh, ex-showroom.

In contrast with the Mojo FI, the Mojo UT300 uses the carburetor system. Other than the absence of Fuel Injection system, the components such as the LED DRL, USD front forks, dual exhaust and the Pirelli Diablo Rosso II tires also misses on this Mojo UT300 model. The set of MRF tyres took the place of mentioned Pirelli units. Moreover, the golden accents that are the one of the major highlights of the existing Mojo are also missing on the Mojo UT300.

Developed on the blacked out chassis and swingarm, the new Mahindra Mojo UT300 is available in two colour options- Red and Blue along with the revived pillion seat that is more wider and comfortable than the outgoing Mojo. 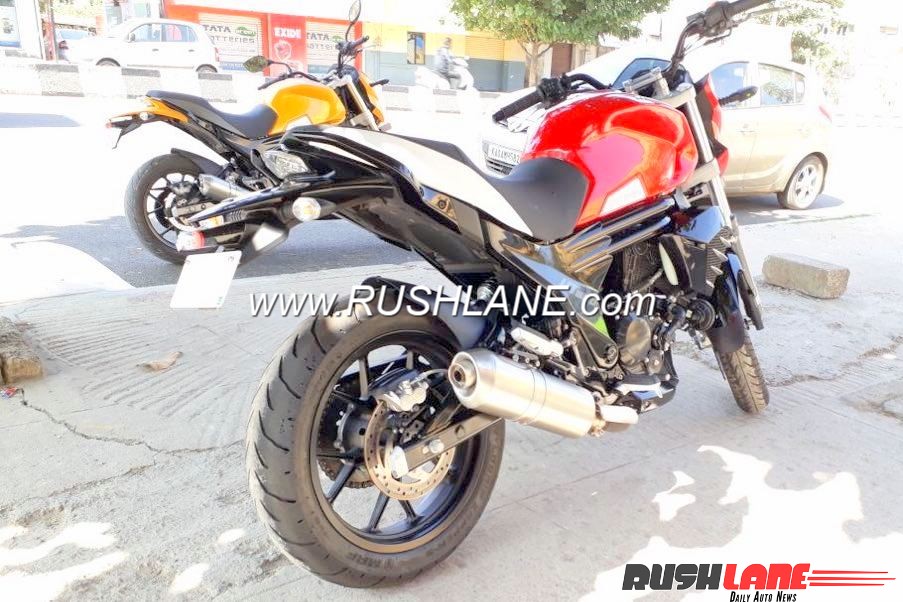 Notably, the Mojo UT300 defines the carb variant of the motorcycle while the existing FI variant of the same will now be known as the Mojo XT300 as a changed moniker. From now on, both the variants will share the same dealership space to cater the Mojo enthusiasts.

Powering for this new Mojo variant will come from the similar a 295 cc single cylinder liquid cooled engine of the existing Mojo. The engine is capable of generating the maximum power of 27bhp at 8,000 rpm and 30 Nm of torque at 5,500 rpm.

As the Mojo UT300 Carb will be priced aggressively to compete with the opponents such as the Bajaj Dominar and the KTM Duke 250, the model will anyhow help the manufacturer in generating revenue. While its presence at your nearest dealerships across the country is expected in coming days.

Mahindra Confirms Next-gen, Will Not Participate in Auto Expo 2020
Views: 5178