The whispers doing the rounds for a low-cost variant of the Mahindra Mojo have finally come true with the launch of new Mojo UT 300 priced at ₹ 1.49 lakh (ex-showroom, Delhi) with an introductory offer of ₹ 10,000 for early buyers till March 2018. The new model inherits looks from its predecessor the Mojo 2015. However, the new Mojo Mojo UT 300 does shed away a few premium features to offer a more affordable price tag for budget-conscious Indian consumers. The new UT emblem stands for 'Universal Tourer'. The company has also reintroduced the parent model as the Mojo XT 300 or Xtreme Tourer 300.

We bring you what differentiates the two offerings from the Mahindra Factory from each other and in the process draw a discernible contrast for bike lovers like us.

Both the offerings are powered by the same 295 cc liquid-cooled, 4-valve, single-cylinder engine. However, the Mahindra Mojo UT 300 unlike the XT 300 gets a carburetor fuel system in place of fuel injection.

The Mahindra Mojo UT 300 compromises on power to offer its likely consumers a slightly cheaper alternative. The underpinning 295 cc engine churns out 23 bhp and 25.2 Nm of peak torque. Compared to this, the elder sibling of the Mojo Family, the XT 300 with FI produces 27 bhp and peak torque of 30 Nm. 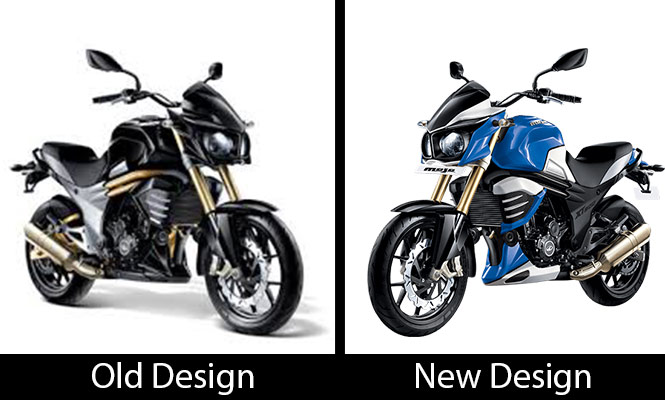 The UT 300 matches its predecessor on the looks front. However, buyers may still miss the defining eyebrow themed LED DRLs, golden colored twin-bars, and twin exhausts. Instead of the earlier USD set up, the front unit now has telescopic forks. The UT 300 also gets MRF tires, instead of the Pirellis available on the XT 300. The new ocean blue paint theme adds to the aesthetics of the two beasts.

The new Mojo UT 300 as well as the revamped XT300 with the 21-liter fuel tank, upright riding position, and a semi-digital instrument console. are ideal companions for testing terrains. Further, the 320mm petal front disc brake with the 240 mm unit at the rear coupled with the 17-inch tubeless tires from MRF and a gas charged mono shock rear suspension make them equipped for the testing Indian roads. ABS is still a miss on both versions.

Mahindra has tried to offer bike enthusiasts an exciting value option with its new offerings. Mahindra has hopes to make name for itself in new chartered territories and will be available across the length and breadth of the country. It will this time cater to a wider range of bike lovers by launching the Mojo UT 300 across 60 Indian Cities. However, it is for time to decide what faith it holds for the new UT 300 which comes at a price lower than ₹ 20000 from its predecessor.