It was expected that Mahindra will bring the new Mahindra S201 (internal codename) SUV in 2018 but due to some reasons it delayed and will now launch in 2019 as the first model of the brand to be launched in the New Year. The new SUV will compete with the rivals Tata Nexon, Ford EcoSport and Maruti Suzuki Vitara Brezza. It will be launched in January 2019.

Mahindra & Mahindra is taking the benefits of the skill of its Korean brand SsangYong in the new compact SUV. It even seems that the Mahindra S201 is the rebranded model of the Ssang Tivoli, while some changes have been made to fit it according to the Indian market. The styling cues of the S201 are taken from the XUV500 due to which it looks more rough than the Korean model. Mahindra has also upgraded the suspension set-up for the Indian roads giving it more ground clearance.

The S201 might have a 1.5-litre, four-cylinder diesel motor coupled with 6-speed manual gearbox which was firstly introduced in the Mahindra Marazzo. It produces 123hp power and 300Nm of peak torque. If the S201 comes in the same state of tune then it will easily overpower the diesel trims of the Maruti Suzuki Vitara Brezza (90hp/200Nm), the Ford EcoSport (100hp/205Nm), and Tata Nexon (110hp/260Nm). 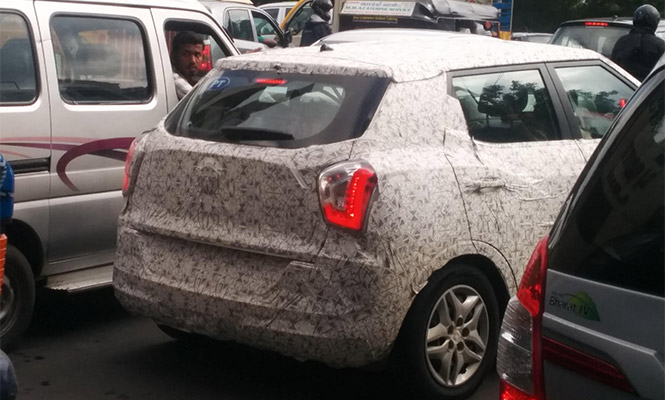 The new model of Mahindra SUV will be more premium that the former compact SUV which had a more functional image. It is certain that the new SUV will have a number of top features and comfort specifications. In safety kits, it will be the very first in its segment to come with the seven airbags and four disc brakes. Safety equipments include - ESP, ABS and rear parking sensors. The car cabin will be the same as of Tivoli and features like cruise control, a large touchscreen infotainment system, and dual-zone climate control will also be included. And in the higher-spec variants, a sunroof will also be included.

The exterior of the S201 will include features like - LED daytime running lights, LED tail-lamps, full-LED headlamps, and large 17-inch alloy wheels will be available on top-spec trims.

Mahindra Confirms Next-gen, Will Not Participate in Auto Expo 2020
Views: 5074